Muslims in Greater Manchester have been subjected to a fivefold increase in Islamophobic hate crimes since the terror attack at last months Ariana Grande concert, according to police. 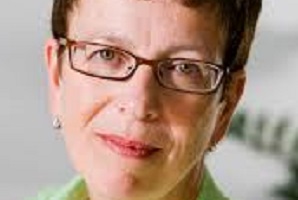 Muslims in Greater Manchester have been subjected to a fivefold increase in Islamophobic hate crimes since the terror attack at last months Ariana Grande concert, according to police. A Freedom of Information request revealed 244 hate crimes were reported to Greater Manchester Police (GMP) in the month following the Arena blast that killed 22 people and injured dozens more. There were 36 reports in the same period in 2016 while a short-term spike in London before last weeks Finsbury Park mosque attack followed the atrocity on London Bridge. Home Secretary Amber Rudd has pledged extra policing resources for as long as it is needed to protect and reassure Muslim communities. GMP Assistant Chief Constable Rob Potts said that hate crime levels had returned to normal now, and said that Manchester is proud of its diverse population. He added: We will not tolerate hatred or discrimination of any kind. When a major tragedy occurs such as the attacks in Manchester and London, it is sadly not unusual for there to be a spike in the amount of hate crimes, specifically against race and religion, but thankfully they do decrease again quickly. Meanwhile, Amnesty International has called for extra training to be given to forces in dealing with rising hate crime after the Brexit vote and in the wake of recent terrorist attacks. In a report published a year on from the EU referendum, the charity argues that training across the UK is inconsistent and conviction rates remain too low. Although the number of hate crimes has risen over the past year  spiking in the immediate aftermath of the referendum  many still go unreported, the charity adds. The number of racially- and religiously-aggravated offences recorded by forces in England and Wales in July 2016 was 41 per cent higher than in the previous year. A total of 62,518 hate crimes were recorded by police in England and Wales in 2015-16, an increase of 19 per cent compared with 2014-15. Amnesty used a study by researchers at the University of Leicester to raise the alarm about crimes targeting disability, race, religion, sexual orientation and transgender identity. It also highlights cases of sectarian-motivated hate crimes in Northern Ireland. The study also points to figures suggesting that a lower proportion of hate crime victims are satisfied with the force response in terms of fairness and effectiveness compared with other crime victims. Kate Allen, the organisations UK director, highlighted a rise in demonising language and dangerous comments that can cause real harm to real people after the London and Manchester attacks, adding: Now, more than ever, we must stand together against this hatred. We are now calling for the police to receive increased training in how to respond to hate crime and support victims, for more resources to assist investigation and prosecution, and for more awareness in how victims can report hate crimes.