Greater Manchester Police (GMP) is facing new and revived investigations over three deaths including the fatal shooting of one of its own officers  dating back almost a decade. 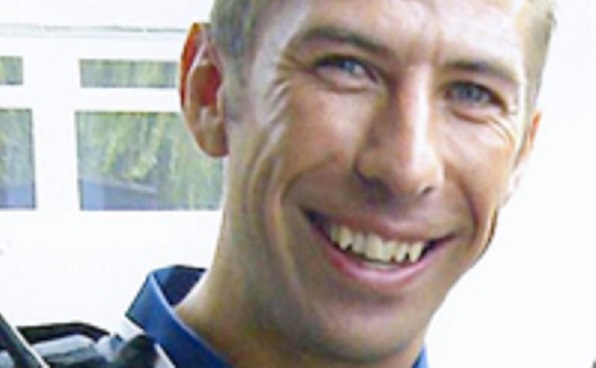 Greater Manchester Police (GMP) is facing new and revived investigations over three deaths including the fatal shooting of one of its own officers  dating back almost a decade. The Independent Police Complaints Commission (IPCC) said fresh questions had arisen over the actions of the force and evidence provided by officers since the death of Police Constable Ian Terry in June 2008. It is also launching a separate inquiry into a complaint over evidence given at a public inquiry into the death of Anthony Grainger, an unarmed man who was shot through the chest by a GMP officer in 2012 as he sat in a stolen Audi in the village of Culcheth, Cheshire. A third investigation is examining the death of 23-year-old Jordan Begley who went into cardiac arrest after being Tasered and restrained the following year. PC Terry, a firearms officer with GMP, was not wearing body armour when he was killed during a Tactical Firearms Unit training exercise at a disused warehouse in Newton Heath, Manchester. He was playing the role of a fleeing criminal when he was hit from a distance of about a foot by a Round Irritant Personnel (RIP), which manufacturers say can penetrate timber up to 65mm thick, cell-type doors and fire doors clad with thin steel-plate on both sides. An inquest found PC Terry was unlawfully killed, but the Crown Prosecution Service (CPS) said there was insufficient evidence to bring criminal charges. The officer who fired the fatal shot, known by the pseudonym Chris, still works for the force. He was reprimanded for gross misconduct following a GMP misconduct hearing in 2014, which concluded that risk assessments for a training exercise were inadequate. A second officer, one of the training exercise organisers known as Francis, pleaded guilty to gross misconduct at the start of the hearing and was dismissed. A third officer, known as Eric, retired prior to the hearing but was found not guilty. Prior to the conclusion of the misconduct hearing, the force was ordered to pay more than £250,000 in fines and costs after admitting to the Health and Safety Executive (HSE) it had failed to adequately monitor the training courses its firearms unit designed and ran. The first IPCC investigation, which was finished by December 2009 but did not publish its report until September 2014, found the training exercise was poorly planned and high risk, adding: Everyone involved will have to live with the fact that a popular and well-respected officer lost his life as a result of the mistakes made on that day. IPCC Commissioner at the time, James Dipple-Johnstone, described the tragedy as a shocking wake-up call for the GMP firearms unit. He added: Firearms officers have a very difficult and dangerous job to do and their training does need to be challenging. However, in this instance completely unnecessary risks were taken resulting in PC Terrys death. Former GMP Chief Constable Sir Peter Fahy said the investigation into the death of PC Terry was a complicated and frustrating series of legal and multiple investigative processes, which contributed to the delay in bringing the case to a conclusion. The new investigation concerns evidence given by a number of officers to the IPCC, to the inquest after PC Terry`s death and to the subsequent HSE crown court trial. A spokesperson said: “Some of the allegations are still being assessed at this time to determine whether or not they warrant investigation. “A decision on the remaining allegations will be made as soon as possible.” PC Terrys family has been notified of the new IPCC investigation and will be provided with regular updates as this case progresses. Detective Chief Superintendent Paul Rumney said: GMP provided to the coroner  a comprehensive response relating to the tragic circumstances of Ian Terrys death. It will be inappropriate to comment further. The IPCC began a second inquiry into Mr Graingers death in January this year. Detectives said they believed he and two others were planning to