The Crown Prosecution Service (CPS) has been asked to consider bringing charges against a Metropolitan Police Service (MPS) officer over fraud allegations relating to staff association accounts tied into a £1 million transfer of funds. 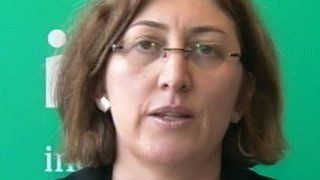 The Crown Prosecution Service (CPS) has been asked to consider bringing charges against a Metropolitan Police Service (MPS) officer over fraud allegations relating to staff association accounts tied into a £1 million transfer of funds. Three serving police officers, two from the MPS and one from South Wales Police, and a retired Greater Manchester Police officer, were arrested in March 2016 after the Police Federation of England and Wales (PFEW) raised concerns. The PFEW  worried after suspicious activity was identified in its banking arrangements  initially requested Surrey Police look into the seven-figure sum reportedly going into a charitable account in August 2015. On Tuesday (July 25), an Independent Police Complaints Commission (IPCC) announced that it had passed a file to the CPS regarding the officer  understood to be former PFEW vice-chair Will Riches. The investigation also concluded he has a case to answer for gross misconduct. The two other officers and a retired officer have been told they have no case to answer, IPCC deputy chair Sarah Green said. Ms Green added: This has been a complex financial investigation and I have now decided to make a referral to the Crown Prosecution Service as our investigation has found that there is an indication that one officer may have committed a criminal offence. I am now satisfied we have gathered all the available evidence and it is now for the CPS to determine whether there is sufficient evidence to commence criminal proceedings. A 2013 review into the PFEW raised “serious questions” over the PFEWs finances after it found the staff association was sitting on reserves of almost £65 million spread across accounts at both local and national levels. A year later, PFEW treasurer Martyn Mordecai disclosed that he did not know how much money the organisation actually had  describing the funding system as archaic and fundamentally wrong.