The death of a 70-year-old woman in a hit-and-run collision minutes after a stolen car refused to stop for officers has been referred to the Independent Police Complaints Commission (IPCC). 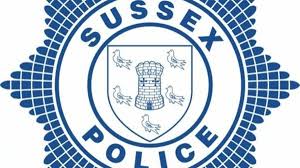 The death of a 70-year-old woman in a hit-and-run collision minutes after a stolen car refused to stop for officers has been referred to the Independent Police Complaints Commission (IPCC). Sussex Police has launched a manhunt for the driver of a stolen black Mercedes AMG estate who fled the scene on the A24 in Horsham, West Sussex, on Friday afternoon (November 10). The victim was driving a Ford Fiesta when she was struck by the car as it joined the northbound carriageway on the Farthings Hill roundabout near Broadbridge Heath just before 2.30pm. She died at the scene. Her passenger, another 70-year-old woman, was left with minor injuries. The force believes the vehicle was taken during a burglary in Goring-by-Sea. It was seen leaving services at the A24 junction in convoy with another stolen Mercedes car, an A Class. Both cars failed to stop for officers, and at 2.23pm the Mercedes A Class crashed into a nearby hedge. The driver ran off but was caught nearby. An 18-year-old man from Feltham was arrested on suspicion of burglary. The Mercedes AMG continued to drive away but was not being pursued by police when it was involved in the fatal accident 11 minutes later. The driver  thought to have tried to flag down another car for a lift shortly afterwards  has not been found. Sussex Police Detective Inspector Will Rolls, said: This is a tragic incident involving two innocent members of the public. The IPCC told Police Professional on Monday (November 13) it had been notified by the force.