The Independent Police Complaints Commission (IPCC) has stepped in to offer guidance after a protest over the death of a man following a traffic stop erupted in violence. 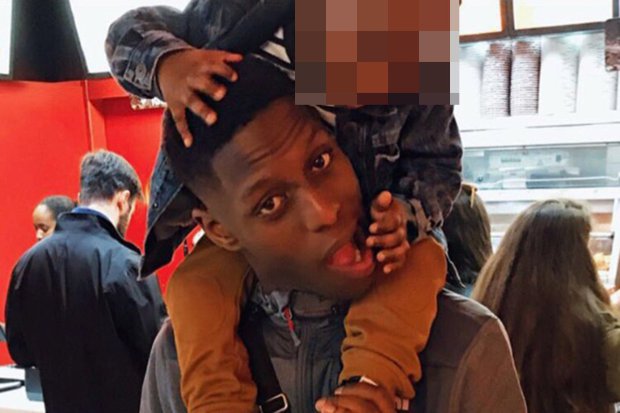 The Independent Police Complaints Commission (IPCC) has stepped in to offer guidance after a protest over the death of a man following a traffic stop erupted in violence. Claims that Edir Frederico Da Costas neck was broken and officers used severe force have been rebutted by the IPCC, after warning of unhelpful speculation about the 25-year-olds possible injuries. But a preliminary post-mortem revealed that a number of packages were removed from Mr Da Costa`s throat and will undergo analysis, IPCC Associate Commissioner Tom Milsom confirmed. The IPCC stressed a cause of death has not yet been identified by the pathologist but said it was releasing more information over concerns about the “rapid spread of false and potentially inflammatory information”. “We are examining the actions taken by police during the original detention of Mr Da Costa, including the use of force, as well as the subsequent response in administering medical assistance, added Mr Milsom. The IPCC intervention came after 14 officers were injured  four needing hospital treatment  as they battled demonstrators who set fires and hurled bricks, bottles and fireworks at police. London`s Stratford bus station was evacuated as campaigners “demanding justice” for Mr Da Costa  commonly known as Edson  marched on Forest Gate police station on Sunday (June 25). Five arrests were made on suspicion of violent disorder, arson and criminal damage offences. Two teenagers, aged 16 and 19, remain in custody while two 26-year-olds and a 22-year-old were released. Mr Da Costa died on June 21, six days after he was stopped in a car by Metropolitan Police Service (MPS) officers in Newham, east London. It is alleged officers used force and sprayed Mr Da Costa with CS gas spray. He had been one of three people in the vehicle. Shortly afterwards, he fell ill and was rushed to hospital in a critical condition. Campaigners claim the 25-year-old`s neck was broken and that he suffered other injuries in the stop. Mr Da Costa`s family further allege he was “brutally beaten” and left in a coma. The IPCC launched an investigation and said a preliminary post-mortem, carried out on Thursday (June 22), indicated Mr Da Costa did not suffer a broken neck or any other spinal injury during his interaction with the police. There was no evidence of severe force and he did not suffer a broken collarbone or bleeding to the brain, the IPCC said. However, it added: Rigorous investigations into the cause of Mr Da Costas death are continuing, including into the use of force. The incident on Sunday, which began in the afternoon, saw a peaceful protest turn ugly as Borough Commander Chief Superintendent Ian Larnder tried to engage with organisers in a bid to calm the crowd. He stood in the middle of a group of protesters answering their questions to reduce tensions. One protester rode his motorbike up to the police line and revved his engine in front of officers. Another motorcyclist turned his bike towards the officers and span his wheels so smoke blew towards them. The London Fire Brigade, protected by officers, hosed out a number of small blazes begun in litter bins. Public order-trained officers, including some from the MPS Territorial Support Group, were subsequently deployed to disperse the crowd and ensure the safety of the public. Family campaigners said the violence was not coming from them, and insisted it had been set up as a peaceful march. Chief Supt Larnder said on Monday (June 26):Whilst we will always support the right for lawful protest, the events of last night cannot be justified. Not only were our officers confronted by violence, with several of them being injured, but local residents were severely disrupted. “Behaviour such as that seen overnight will not be tolerated and an investigation will begin to identify those individuals who targeted our officers.” After its investigation was launched, a spokesperson for the IPCC said: “Mr Da Costa was detained by police officers. During th