An Independent Office for Police Conduct (IOPC) investigation has found Thames Valley Police officers used “proportionate and reasonable force” to arrest and restrain a man who later died in hospital. 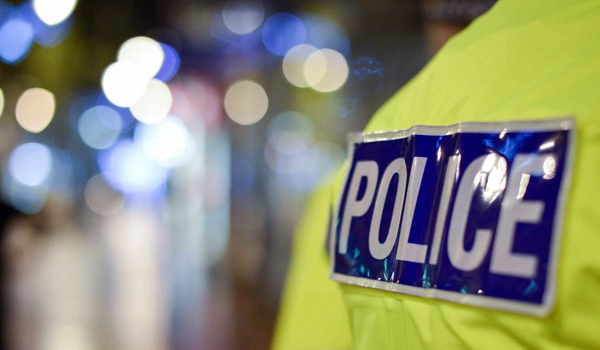 An inquest, which concluded on Friday (December 2), determined that Neal Saunders, aged 39, died following a cocaine-induced heart attack which led to cardiac arrest on September 4, 2020.

Mr Saunders was arrested shortly before midnight on September 4, after officers were called to a report of an alleged assault at an address in Langley, Berkshire.

The IOPC said officers’ body-worn video footage shows that as they tried to handcuff Mr Saunders a struggle took place and they called for assistance.

More officers arrived and Mr Saunders was brought to the floor, handcuffed to the rear and had his legs strapped.

At that point, the officers identified that Mr Saunders may be suffering from acute behavioural disorder (ABD) and called an ambulance. They continued to restrain him for around 58 minutes while the officers waited for an ambulance and monitored his condition.

At the end of the three-week inquest, the jury reached a narrative verdict that it was appropriate Mr Saunders was restrained for the duration of the incident, as there was no safe, practicable alternative, although it found Mr Saunders’ resistance against restraint contributed to his death.

In a statement issued following the conclusion of the inquest, Thames Valley Police T/Assistant Chief Constable Katy Barrow-Grint said: “The death of Neal Saunders has undoubtedly had a significant and lasting impact on his family and friends.

“It is clear that he was a well-loved person and our thoughts remain with his family and friends through what I can only imagine has been a hugely difficult time.

“Mr Saunders tragically died in hospital on September 4, 2020, after officers had been called at around 11.50pm to an incident of alleged assault in the late evening of September 3.

“We attended an address in Langley, Slough, just before midnight on that date, and it was very clear that, on being arrested, Mr Saunders was in a highly distressed state, and our officers strongly suspected that he was under the influence of alcohol and controlled drugs.

“Mr Saunders was subsequently restrained for his and our officers’ safety.

“As our officers applied handcuffs to Mr Saunders, they recognised symptoms of a condition called ABD, and an ambulance was called at around 12.15am, as this was deemed to be a medical emergency.

“While awaiting an ambulance, our officers kept Mr Saunders under restraint as he displayed erratic and unpredictable behaviour. This was deemed necessary for his safety and for the safety of our officers.

“Throughout this time, our officers regularly checked on Mr Saunders’ state of health, including his breathing and his temperature.

“As a precaution, a defibrillator was brought into the address, although this was not required during the time we were in the property.

“The jury decided it was appropriate Mr Saunders was restrained for the duration of the incident as there was no safe, practicable alternative, although resistance against restraint contributed to his death.

“We respect the narrative findings delivered by the jury at Reading Coroner’s Court today and will act on the recommendations made by His Majesty’s Coroner with regards to the death of Mr Saunders.”

Ms Barrow-Grint added: “A mandatory referral was made to the IOPC, and although their investigation has currently indicated that there was no justification for criminal or misconduct proceedings for any officers or staff, nor was there any specific organisational learning identified, this does not mean that learning has not and will not take place.

“An internal review of the incident has been conducted and the circumstances of Mr Saunders’ death will be used in future officer safety training.

“In line with College of Policing guidance, Thames Valley Police will continue to review its Personal Safety Training delivery (which is undertaken by all officers annually), including it’s training on ABD, how to recognise symptoms, and actions to be taken in the event that this is suspected.

“Anticipated changes to the National Personal Safety Training curriculum are being made in 2023 by the College of Policing.

“This tragedy has affected many people, and it is his family and friends who have been most deeply affected by their loss.

“On behalf of Thames Valley Police, I would like to offer our sincere condolences to them.”

IOPC regional director Graham Beesley said its investigation, launched in September 2020 following a mandatory referral from the force, found that the officers “had necessary grounds to arrest Mr Saunders and to subsequently restrain him”.

“Although he was kept in a restrained position for almost an hour, we found the officers’ actions were proportionate and reasonable in the circumstances as they were trying to prevent Mr Saunders from harming himself or others,” said Mr Beesley.

“The evidence, which included the officers’ body-worn video footage, showed the officers acted promptly by calling an ambulance when they became concerned about his health. They monitored him, while they kept him under restraint, ensuring his breathing was not restricted and that he was safe.

“Our thoughts remain with Mr Saunders family and all of those affected following his tragic death.”

He said following the conclusion of the investigation in January 2022, the report and findings were shared with Mr Saunders’ family, Thames Valley Police and HM Coroner to assist with the inquest.