The Metropolitan Police Service (MPS) says it “deeply regrets” that no one has been brought to justice for the 1987 murder of Daniel Morgan after the Independent Office for Police Conduct (IOPC) concluded there were “no new avenues for investigation”. 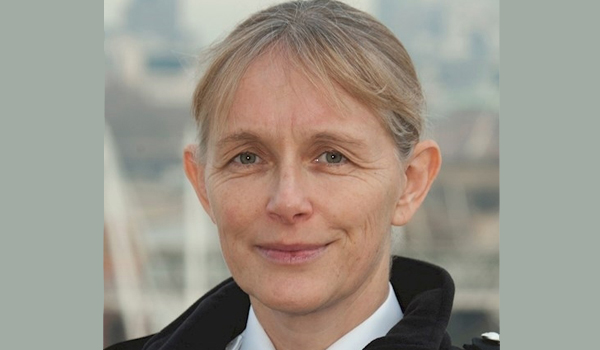 In particular, it highlighted “failures to adequately challenge and investigate allegations that officers had acted corruptly”.

However, the IOPC said following a “detailed and thorough assessment” of the report, there were “no new avenues for investigation which could now result in either criminal or disciplinary proceedings”.

Commenting following publication of its assessment today (August 3), Sal Naseem, IOPC regional director for London, said: “From the first to last investigation into Daniel Morgan’s murder there were failures to adequately challenge and investigate allegations that officers had acted corruptly.

“In coming to our decisions, we are acutely aware that not one single officer was ever successfully prosecuted or received significant disciplinary action as a result of corruption directly connected to the murder investigations.

“The wrongs that occurred can never be put right, but it may have served as some small comfort to Mr Morgan’s family and loved ones if the officers involved had been held to account and suffered the consequences of their actions at the time.

“The circumstances of these matters must serve as a salient reminder to the Metropolitan Police and the police service more widely, of the importance of being constantly vigilant in challenging improper and corrupt behaviour swiftly, firmly and robustly.”

Following publication of the DMIP report in June 2021, the IOPC had asked the Mayor’s Office for Policing and Crime (MOPAC), the MPS and Hampshire Constabulary to assess whether there were indications that former or current officers may have breached police professional standards of behaviour or committed a criminal offence that required a new investigation.

“MOPAC responded in September 2021 and Hampshire Constabulary in November 2021 stating they would not be recording the conduct of any officer or former officer. The final response was received from the MPS in March 2022 and its view was the same.

“Significantly, we disagreed with the MPS assessment regarding former Assistant Commissioner John Yates, who retired in 2011. We found an indication that he may have breached police standards of professional behaviour, relating to the second investigation into Mr Morgan’s murder, by failing to take action against the senior investigating officer, former Detective Chief Superintendent Dave Cook.

“Former Det Chief Supt Cook’s actions led to the exclusion of key witness evidence from the trial, in 2011, of three defendants for Mr Morgan’s murder. Given former Mr Yates’ retirement, disciplinary proceedings cannot be brought, and as an investigation would not provide any further information than that in the DMIP report, there are insufficient grounds to exercise our power of initiative.”

“We assessed that she may have breached police standards of professional behaviour by not providing full and exceptional disclosure to the DMIP sooner, although not to the extent that would justify disciplinary proceedings. On this basis we have no grounds to exercise our power of initiative,” it added.

“We found that she acted with a genuine belief to protect the information but may have got the balance wrong and should have given greater priority to her duty to provide full and exceptional disclosure to the panel.”

Responding to the IOPC’s assessment of matters linked to the DMP report, MPS Assistant Commissioner Amanda Pearson said: “We deeply regret that we have been unable to bring those responsible for the murder of Daniel Morgan to justice. We profoundly apologise.

“Corrupt individuals, including police officers, played a significant part in undermining our ability to bring offenders to justice and we recognise the impact this has had on the public’s confidence in us.

“In the years that have passed we’ve transformed how we investigate homicide, identify misconduct and drive out corruption. We continue to work on implementing the recommendations set out by HM Inspectorate of Constabulary and Fire and Rescue Services report relating to the DMIP and counter-corruption in the Met.

“We are always open to learning and are studying this report to understand how it can shape our work.”

The MPS said it noted the comments by the IOPC that it “disagreed with assessments made that there was no indication retired Met officers – two of them senior – may have breached police standards of professional behaviour”.

It added: “We are in agreement with the IOPC that there are insufficient or no grounds to take any further action.

“An indication that there may have been a breach of the standards of professional behaviour does not mean misconduct is proven.”

In a statement , former Commissioner Dame Cressida  said: “After their assessment, the IOPC has concluded that there are not grounds for any misconduct investigation – and wouldn’t be even if I were still serving.

“This conclusion concurs with the assessment made by the MOPAC many months ago.

“The IOPC recognise that everything I did was for a legitimate purpose.

“They also recognise that in providing ‘full and exceptional disclosure’ to the panel I had to fulfil other legal responsibilities – most importantly, not to disclose inappropriately information that would put lives at risk.

“I disagree with their analysis that my actions ‘may give an indication of a breach of standards of professional behaviour’ and that ‘I may have got the balance wrong’.

“In the period from September 2014 to January 2015, the record shows I and my team acted professionally, flexibly, expeditiously, diligently and with integrity in a challenging, unprecedented and complex task.

“Finally, and most importantly, I deeply regret that no one has been brought to justice for Daniel’s murder and regret everything the Met or any of its members have done which has added to the pain of Daniel’s family of losing Daniel in such terrible circumstances.”