Dr Peter Langmead-Jones discusses the changes being considered across the service, how forces are dealing with the information they hold and the challenge of actually putting proposals into effective practice. 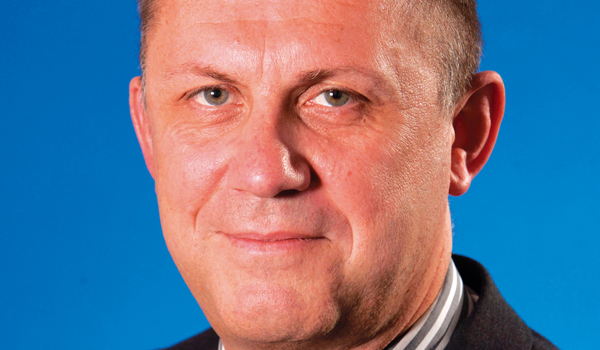 This October, the Excellence in Policing conference will return to the College of Policing in Ryton-on-Dunsmore. In the 17th year since its inception, the conference has often heard speakers discuss areas of policing that are under pressure and what can be done to alleviate the strain, as well as how people can be equipped to work differently. This year, these themes have inspired the conferences title  Vital Signs: Insight to Action  and delegates will be asked to consider the signs that an organisation is succeeding or struggling and the difficulty in effecting substantive change. The backdrop to the event is the services response to government calls for reform and changing demands for services. The particular pressure facing modern policing has been extensively discussed in recent weeks, with chief constables and police and crime commissioners across the country highlighting the consequences of austere public finances. At the same time, crime rates have risen; alongside Office for National Statistics figures showing recorded crime rose nine per cent last year, some forces are now independently highlighting the growth in demand they face from 999 calls. West Midlands Police recently reported experiencing a week where every day saw similar numbers of calls to New Years Eve  traditionally the busiest policing day of the year. Work is ongoing to address this demand, most prominently with the National Police Chiefs Councils Vision 2025, which lays out both a series of transformations and outcomes that will be observed if the strategy is successful. According to Dr Peter Langmead-Jones, head of external relations and performance at Greater Manchester Police and director of the Excellence in Policing conference, questions remain about how well the service understands the pressure it is under  and whether anything it learns is being effectively translated into wide-scale improvements. One of the things we are increasingly running up against is even when we gain the insights and understanding from our attempts to understand demand, it is still difficult to change policy and practice, he said. This is the 17th the year of Excellence in Policing, and one of the recurring issues in those has been how you move from insight to action. Too many change programmes are technical; truly transformational change needs to attend to the peoples behaviours and to equip them to work and manage differently  the conference has a role to play in helping people do that, and we will do so in a variety of ways. Taking action on insights The recently-cancelled Annual Data Return (ADR) 443 provides a good example of insights not being acted upon. Until March, forces were required to conduct satisfaction surveys with a narrow range of local victims of crime and submit their findings to the Home Office. By the time this system was replaced, it had largely fallen into disrepute; forces recognised that the ADR443 did not come close to representing the breadth of service users in their areas, often because its implementation was constrained by the fact surveys could only be conducted over the phone. As a result, very few were using the data to shape their policies and practice. Some people have interpreted this as the service no longer being interested in quality of service. Nothing could be further from the truth. It remains a huge focus, but the difficulty is how you make use of the findings in your policy and practice, said Dr Langmead-Jones. Around 20 years ago, Dr Langmead-Jones was involved in a review of the use forces were making of these quality of service surveys. This found very few decisions being made could be linked directly to the findings  instead, it appeared that forces were primarily motivated by servicing the indicators. One basic command unit leader reported his survey had resulted in an 85 per cent satisfaction rate among members of the public. Due to this success, he was unwilling to use the data to change the winning formula. However, a different force found just 55