A man reported missing a month ago  sparking a huge force appeal as well as a search and rescue operation involving divers and police dogs  has been found dead at his house. 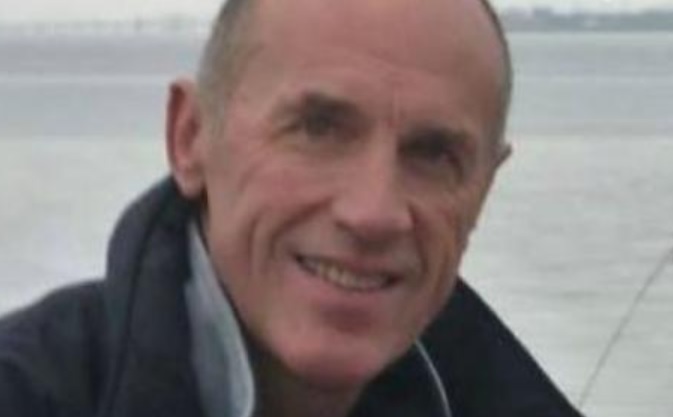 A man reported missing a month ago  sparking a huge force appeal as well as a search and rescue operation involving divers and police dogs  has been found dead at his house. Police Scotland said it was inappropriate to comment on an allegation that that it had previously searched the property as it has referred its own handling of the case to the Police Investigations and Review Commissioner (PIRC). Officers confirmed the body of Arnold Mouat had been found at his family home in Bo`ness  in the Central Lowlands of Scotland  on Saturday (August 5). The 64-year-old man was reported missing on July 7 after he was last seen by his family at his home the day before. His death is being treated as unexplained but not suspicious and a report will be sent to the Crown Office and Procurator Fiscal Service. A neighbour reported that officers had appeared to have already searched the house belonging to Mr Mouat before returning at the weekend. As the matter is now the subject of a live inquiry by PIRC, the force said it is inappropriate for Police Scotland to make any further comment while this is underway. Before the force imposed a comment moratorium on the death, Superintendent Martin Fotheringham described the case as involving “a tragic set of circumstances”. “Following a review of our response to this incident, Police Scotland has referred this matter to the Police Investigations and Review Commissioner,” said Supt Fotheringham. “We will provide them with all the necessary assistance and support they require during their investigation.” A PIRC spokesperson said it was investigating “the response from Police Scotland to the missing person investigation”. It added: “This investigation is in the very early stages and a report will be sent to the chief constable in due course.” Last month fresh failings were identified in the forces control room after it took a week to respond to “reports of concern” for a vulnerable man who was later found dead. The catalogue of mistakes by Police Scotland were uncovered by a PIRC investigation after the body of 37-year-old Andrew Bow was discovered in his Edinburgh flat on March 23 last year  seven days after a neighbour called the local council to report suspicious activity. Despite the local authority passing the message on to the police control room, the PIRC said no force resources were sent to the incident. In all, three separate calls were made reporting broken windows at the Southside flat of Mr Bow, who had Asperger`s Syndrome. Officers last saw Mr Bow alive on March 12 when they found him in a confused and paranoid state. He was taken to hospital for treatment before being returned to his flat. Police Scotland has apologised to Mr Bow`s family for “shortcomings” over the events surrounding his death while the PIRC and Scottish Police Authority have called for improvements to the force`s “poor and disjointed” response mode.