Inquest on Notting Hill Carnival: 31 injured officers treated as the norm by MPS

The Metropolitan Police Service (MPS) has been labelled a disgrace for its response to the personal sacrifices made annually by officers on duty at the Notting Hill Carnival. 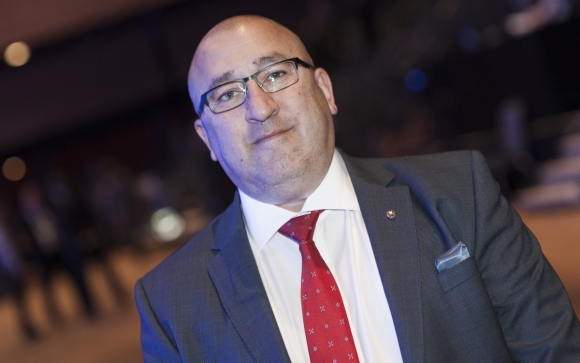 The Metropolitan Police Service (MPS) has been labelled a disgrace for its response to the personal sacrifices made annually by officers on duty at the Notting Hill Carnival. The MPS is accused of treating as the norm the casualty list from the two-day bank holiday festival that this year saw a dozen officers hospitalised out of 31 injured in a total expected to rise. This included officers having a corrosive substance hurled at them, trying to evade bottles and other missiles thrown and one who now faces no contact with his family for 28 days after someone suspected of having HIV spat blood at him. Although arrests at Europe`s largest celebration of African-Caribbean cultures were down by a third on last years record of 454, Metropolitan Police Federation chair Ken Marsh condemned the insult to our brave men and women in facing the challenge of policing under gladiatorial conditions. Among the 313 detained over the weekend, 17 were for assaults on officers. He remonstrated: When it comes to Notting Hill, you might as well line up 30 officers and tell them they are in for a kicking. What is the rationale behind an event where every year you turn up and the lottery is whether you go home or end up in hospital? There is no other place where this is allowed to happen . . . to carry on regardless with so many police colleagues under attack. And the Met put out a two-line tweet on Monday about 28 officers being injured as almost a matter of fact. As if this is the norm. As if this is acceptable. “It is none of the above. This is not normal. This is not acceptable. It is a disgrace. On Wednesday, the MPS issued a fuller statement paying tribute to the courage and professionalism of the 13,500 officers involved over the holiday weekend. With the twin backdrops of an unprecedented terror threat and in the shadow of the Grenfell Tower fire tragedy  coupled with real safety concerns expressed after the 2016 event  MPS Assistant Commissioner Martin Hewitt said this year called for an even greater level of planning for the delivery of the carnival. Working with the City of London Police and British Transport Police, the MPS spent the weeks leading up to the carnival targeting potential criminal activity and would-be perpetrators. Mr Hewitt added: However, I do not believe that when policing an event of celebration for London it is acceptable that 31 of my officers were injured. This is better than last year, but it is still too many and it should not be any of our expectations that this violence against police officers takes place. After last years set of dismal statistics as the event celebrated its 50th birthday, Mr Marsh spoke of officers fear and dread at policing the carnival, adding that it could not carry on regardless with an unacceptable number being assaulted, abused and spat at. On Tuesday (August 29), Mr Marsh ramped up his rhetoric over this years festival, turning his ire inwards onto the MPS for sending officers to an event knowing they are going to be attacked. We want the Metropolitan Police Service to take responsibility for this, he argued. “It has a responsibility to look after the brave men and women who police London`s streets . . .to protect the protectors. The onus is on the Met, the Mayor and Deputy Mayor. They all have a duty of care as the employer to the employee  the officers on duty at the event. Something needs to be done. We can`t carry on like this. “Enough is enough,” concluded Mr Marsh. “Police officers are on the frontline facing this level of violence at the Notting Hill Carnival year on year. He said everyone is quick with the platitudes and praise for how amazing officers are in responding to the events challenges, but where are the communities when officers get injured, he asked. Why arent they saying: Dont do this, he said. I have to say, they are nowhere to be seen. He also attacked the comparisons drawn between policing Notting Hill and festivals such as Glastonbur