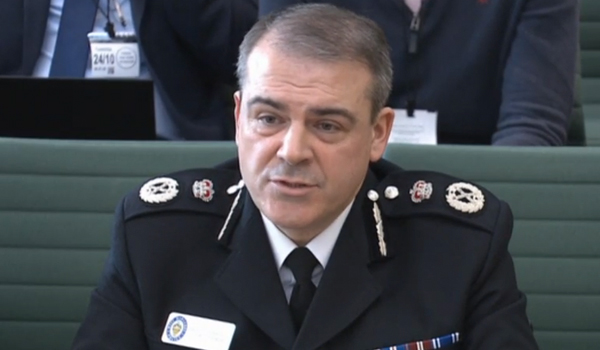 Real-term budget cuts and rising demand have placed unprecedented strain on policing in the last 18 months, chief constables have told the Home Affairs Select Committee (HASC). Over-stretched resources are limiting forces ability to take preventative action, according to representatives from the National Police Chiefs Council (NPCC). Meanwhile, police recorded crime has risen by 13 per cent, and the increased risk of terrorism has caused a 30 per cent rise in the workload of counter-terror officers. Chief Constable Dave Thompson, national lead for finance, told the committee these pressures have caused the last year and a half to feel tough in a way that it has not before. The water is starting to feel quite hot this summer. I think there has been a stretch here that feels more profound than it has done, he said. There are some red lights but not white flags yet, and I would say our ability to be preventative is being quite curtailed this year. While the overall police grant was protected in real terms in 2015, police and crime commissioners must raise the precept to the maximum each year to maintain steady levels. With inflation at three per cent and the requirement to find an additional one per cent bonus for officers, NPCC chair Sara Thornton said forces absolutely have seen real-terms budget cuts. She added that every force will be looking to make reductions in their workforces or procurement so they can present balanced budgets. The HASC also heard that the stagnation of finances combined with rising demand has had a concerning impact on the wellbeing of officers and staff. And Dee Collins, chief constable of West Yorkshire Police, said she was particularly worried about how cuts made by local authorities have affected the support they can provide. She also highlighted the growing challenges around attracting, recruiting, training and retaining the right officers and staff. Ms Collins said resolving these kinds of people issues will take considerable time so she called for final decisions on funding to be made as soon as possible.