A further 30 trackers will be made available to the force, with plans to increase the number to 40 devices by December after additional funding of £70,000 was agreed by Humberside police and crime commissioner Matthew Grove.

The personal tracking device system, supplied by location technology specialist Buddi, works in a similar way to in-car satellite navigation systems and in trials by Humberside Police and other UK forces has been shown to reduce the number of crimes committed by known burglars, robbers and shop thieves.

Humberside Police and the Humberside Probation Trust commenced a pilot in December 2012 with six trackers being fitted to offenders on a voluntary basis which allowed the force to pinpoint the location of offenders at all times.

The trackers have proved a success over the past 20 months with more than 100 offenders agreeing to be tagged as the number of tagging devices increased to 20 across the force.

During the trial most wearers admitted they do not offend while wearing the tag as they knew there was an increased likelihood that they would be arrested and saw the tag as a strong deterrent.

Humberside Police said some sex offenders, who had frequented areas where young children gather, realised they would be questioned about their reasons for being in certain locations and instead stayed at home or went elsewhere, thus reducing their likelihood of reoffending and safeguarding vulnerable members of the community.

Detective Chief Inspector Darren Webb, who manages the Buddi tagging scheme, said: The offenders who have voluntarily engaged in being fitted with the trackers have on the most part found it has helped remove the temptation to reoffend, while those who have gone on to offend have been identified and quickly brought to justice.

The force is committed to using technology like the Buddi trackers. They have been a cost-efficient and effective tool in the management of some of the forces most prolific offenders or high-risk MAPPA offenders. By making more trackers available we will be able to offer it to more eligible offenders, which can only be viewed as a positive step in protecting communities and dealing with offenders.

For those offenders who are making positive progress we will also be able to leave the tags on for longer and therefore further help them break out of the reoffending cycle and increase the long-term benefits for them and the communities they previously affected.

Mr Grove, who made the funding available through his partnership reserve, said he was sure the expanded use of tagging would have a significant impact on offending rates and better protect the public.

There are two areas in which increased tagging will do this, he explained.

Firstly, the vast proportion of crime is committed by a small number of offenders. In the main we know who they are and where they live and often they are in and out of the criminal justice system. GPS tagging enables the police to exactly pinpoint their location at any given time.

The second area is monitoring registered sex offenders and ensuring they are obeying the conditions of their licence. In both cases this is a strong deterrent to those who are tagged not to commit further offences and will free-up officers to concentrate their time preventing and detecting crimes elsewhere.

While at this time wearing the tag is voluntary, it enables officers and probation staff to identify those who do not wish to cooperate as being of high risk of 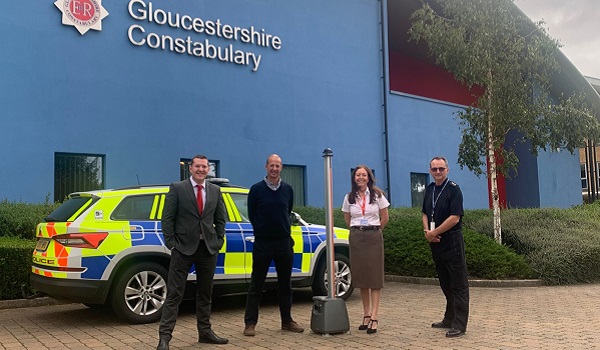