A man brought “back from the dead” by two unsung policing heroes has dedicated a personal crusade for a purpose-built mental health hospital to the officers who risked their lives to save him. 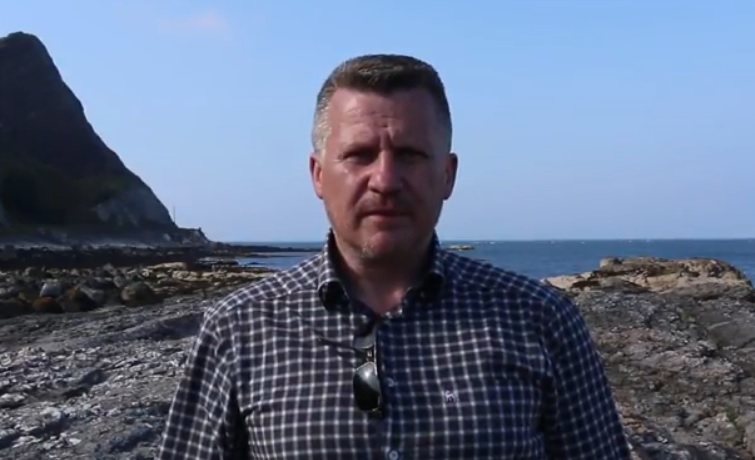 A man brought “back from the dead” by two unsung policing heroes has dedicated a personal crusade for a purpose-built mental health hospital to the officers who risked their lives to save him. Father-of-two Gordon McNeill today launched the Headstrong Life Campaign for the new state-of-art facilities in honour of the Police Service of Northern Ireland (PSNI) constables. The 48-year-old has made an emotional YouTube video tribute recounting the events of September 19, 2013 when he drove along the Antrim Coast Road near Carnlough and then plunged into the sea  with the intention of ending his life. He tells the story of how he is only alive today because of the bravery of two young officers who have refused to seek “plaudits or acclaim” for their actions, instead asking not to be identified. The Ballymena man said he has battled depression since a motorbike accident in 1989 led to a series of operations, leaving him with the prospect of being in “pain for the rest of my life”. On that day four years ago, having gone for weeks without sleep due to the agonising discomfort, he reflected: “I was despondent, I wouldn`t talk and was withdrawn. It took me to a place where I was considering suicide.” He was preparing his `exit` when a police car went past. His wife had reported him missing and officers were on the lookout for his whereabouts. “As they rounded the corner they spotted me and I jumped over the sea wall and into the sea,” he recalled. Despite the high tide and turbulent weather, Mr McNeill said that the male and female officers “risked their lives” to save him from a watery grave. He added: “The young male officer was wrestling with me in the sea, and the young female officer had a hold of him. I was asking them to let me die, but they were telling me not to do this, that I have a life. “At that moment a switch flipped in my head; I realised that they were risking their lives for me, that my actions could end up taking the life of someone else`s son or daughter. “After they pulled me in I received mental health care, and I am still receiving counselling. “I am alive today due to the actions of those young officers, and I feel that I have got to live my life in a way which repays their help. “That`s why I started the HeadStrong Life Campaign for a new purpose-built mental health hospital in Northern Ireland. “There`s still a stigma here over mental health, but we need to take it as seriously as the treatment of physical illnesses.” PSNI Superintendent Darrin Jones said: “Police officers are ordinary men and women who everyday are called upon to do extraordinary things. “The two officers involved in saving Mr McNeill that day have not sought plaudits or acclaim for their actions, and indeed to this day they wish to remain anonymous. “They choose instead to focus on the job, doing their best every day to provide an excellent policing service to the public, along with their colleagues across Northern Ireland.” Here is Gordon McNeill`s video on where the officers rescued him