A homeless man hailed as a hero after the Manchester Arena terror attack has been charged with stealing bank cards from a female victim injured in the atrocity. 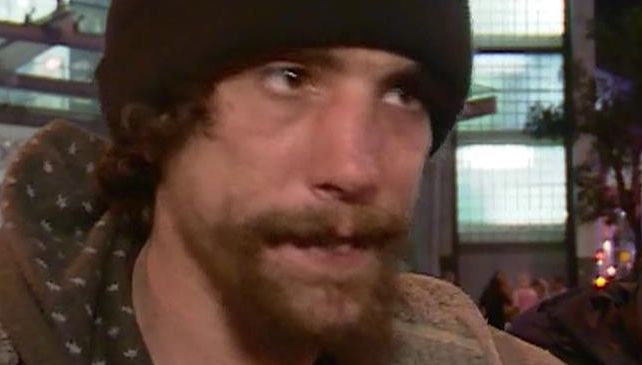 A homeless man hailed as a hero after the Manchester Arena terror attack has been charged with stealing bank cards from a female victim injured in the atrocity. More than £50,000 was raised through a GoFundMe campaign to help Chris Parker, 33, in the wake of the bombing in which 22 people died. But he has now been charged with two counts of theft. Mr Parker had been in the foyer of the Arena, where he was said to regularly beg, when the bomb exploded. Seconds after the blast, he ran in to help the injured  gaining worldwide attention for his actions in the wake of the attack. He said he was knocked to the floor when suicide bomber Salman Abedi detonated a device in the venues foyer, but immediately got back up and began trying to help the dozens of injured. However, Greater Manchester Police now says that Mr Parker, of no fixed abode, has been charged in connection with the theft of a bank card from a woman, who was one of those injured in the May 22 attack. He has been remanded in custody to appear at Manchester Magistrates Court on Wednesday (August 16). Speaking after the attack, Mr Parker said: Im supposed to be a hero but Im not a hero, just a normal guy, a normal regular guy. I ran into that Arena that night because I heard kids screaming. I had no choice. Referring to the moment he tended to a victim, he said: She was in her 60s and said she had been with her family. The most shocking part of it is that it was a kids concert.” As a result of the worldwide fame, he was reunited with his mother who he had not seen for five years. The attack at the Arena injured 250 people, and many were left with life-changing injuries after Abedi detonated a nail bomb just after 10.30pm at the end of the May 22 Ariana Grande concert. Meanwhile, the families of the 22 killed in the Arena bombing are set to each receive £250,000 from money donated by the public. The bereaved have already been able to claim £70,000 from the We Love Manchester Emergency Fund, set up in the wake of the terror attack. Now the charitys trustees have announced they will be eligible for a further £180,000. The latest payments will mean more than half of the £18 million raised will have been distributed, including £3.5 million to those injured in the suicide bombing. Trustees of the fund, which has provided access to free financial counselling for bereaved families, will next decide how and when to distribute the rest of the money.