Police are to use stop-and-search powers to target people who carry acid in a crackdown on the possession of corrosive substances. 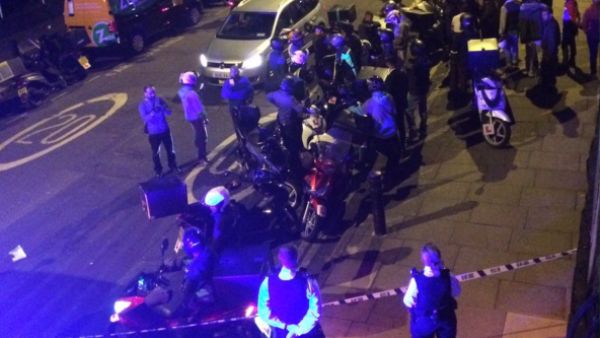 Police are to use stop-and-search powers to target people who carry acid in a crackdown on the possession of corrosive substances. The move is part of a government strategy to confront the epidemic of acid attacks after six moped riders were doused with corrosive liquid on Londons streets in a 24-hour period. But as Home Secretary Amber Rudd announced a review into punishments for the brutal assaults, lawyers claim overhauling current sentence guidelines will not deter criminals. While Ms Rudd wants attackers who use noxious liquids as a weapon to feel the full force of the law, the Criminal Bar Association (CBA) recommends that the Government focuses on tightening legislation around who can purchase the corrosive substances. The review must carefully evaluate present laws to be effective, said CBA chair Francis FitzGibbon. The Home Secretarys argument that life sentences must not be reserved for acid attack survivors was countered by Mr FitzGibbon saying criminals who attack people using acid can already be sentenced to full-term imprisonment. “Passing new laws alone cannot be guaranteed to eliminate crime, as criminals often react by changing the ways they commit offences,” Mr FitzGibbon added. “The capacity to enforce existing law is at least as important.” He said the Government could tighten regulations “that control the sale of poisonous and harmful chemicals in shops and online, to make them less available to criminals, adding: There could be an age restriction so that they cannot lawfully be sold to juveniles.” London Mayor Sadiq Khan wants the review of laws to recognise people are now carrying these dangerous substances with the intention of using them as an offensive weapon. As Deputy Mayor for Policing Sophie Linden plans a meeting with delivery drivers to discuss their safety fears, Mr Khan urged the Government to adopt a zero tolerance approach to rid the streets of this scourge. He said there should be an examination of access to harmful substances, adding: Just like a knife can be used lawfully in our kitchens or unlawfully by criminals, many of us use household cleaning products in our daily life. We now have to say to manufacturers and those in retail that they need to be more responsible and that means government looking at a change in how these products are sold. Currently, possession of a corrosive substance could be treated as carrying a dangerous weapon under the 1953 Prevention of Crime Act, which carries a four-year maximum sentence. Additionally, attackers could already be imprisoned for life for an acid assault under Section 18 of the 1861 Offences Against the Person Act. The Home Office said it will work with police forces and the Ministry of Justice to assess whether powers available to the courts, including sentencing, are sufficient. The National Police Chiefs Council (NPCC) is collating force data to build a picture of the scale of the issue. Existing sentencing guidelines for grievous bodily harm, which carries a maximum life sentence, tell judges that an ongoing effect upon the victim and gratuitous degradation of the victim make the crime more serious. But there is no specific offence or sentencing guidance for acid. Crown Prosecution Service (CPS) guidance to prosecutors will also be reviewed to ensure it makes clear that acid and other corrosive substances can be classed as dangerous weapons. In addition, the Poisons Act 1972 will be reviewed to assess whether it should cover more acids and harmful substances. New guidance will also be issued to police officers on preventing attacks, searching potential attackers for harmful substances and responding to victims at the scene. Last week the NPCC endorsed an England-wide circulation of a 20-minute training video produced by Leicestershire Police on how  using first-hand experience and advice from officers  to deal with an acid attack while avoiding injury. NPCC corrosive substances lead Assistant Chief Constable Rachel Kearton said: Police have dea