Figures released about the number of teenagers admitted to hospital for knife wounds have sparked criticism from the UK Statistics Authority. 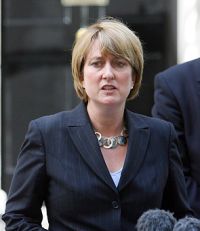 Figures released about the number of teenagers admitted to hospital for knife wounds have sparked criticism from the UK Statistics Authority.

Statistics showed that numbers have fallen in the ten force areas involved in the Tackling Knives Action Plan (TKAP).

The areas taking part have recorded a fall of 27 per cent for teenagers admitted to hospital due to wounds from knives or sharp objects between July and September 2008, compared with the same period last year.

But the Home Office has since been criticised for releasing the figures as it is understood that the head of the UK Statistic Authority, Sir Michael Scholar, said the data should not have been released as it was unchecked and selective.

The Government has admitted “insufficient attention” was given to the authoritys views on releasing the data and MPs will carry out an inquiry into its release.

At Home Office questions in the Commons on Monday, Home Secretary Jacqui Smith said: I am sorry that I think we were too quick off the mark with the publication [of one statistic] in relation to the progress that had been made with tackling knife crime.

Responding to Sir Michaels letter of complaint, Permanent Secretary to the Prime Ministers Office, Jeremy Heywood, said that the Prime Minister and all his ministers, officials and advisors take very seriously the importance of maintaining the integrity of official statistics.

In this case… insufficient attention appears to have been given to the views of the NHS Information Centre statisticians on whether one specific data set included in the TKAP fact sheet was ready for publication.

The findings released by the Home Office last week appear to show that instances of stop-and-search have increased by 10,000 a month since the beginning of the TKAP in June, and fewer people have been found carrying knives.

The full annual statistics will be released at the end of the TKAP in March next year. The figures will not be directly compared to data from other forces as the TKAP was designed to focus on areas where knife crime is a particular problem, a Home Office spokesperson told Police Professional. But, they added, the final statistics will be comparable with the national statistics on knife crime collected from all forces and published in the annual crime statistics report every July.

Other progress achieved by the TKAP includes:

Seventeen per cent fewer serious knife crimes against young people in October 2008 than in June 2008 in the ten TKAP areas  down from 98 offences to 81.
Eighteen per cent fewer young victims (under 20) of knife crime in London between April and September 2008 than in the same period in 2007.
Over 1,300 shops tested for underage sales of knives since June and the failure rate is down by more than 50 per cent.
An extra 7,000 places for young people to be involved in positive activities on Friday and Saturday nights in TKAP areas by March 2009.
Seventy-three per cent of young people say the It Doesnt Have To Happen anti-knife crime campaign adverts launched in May make them less likely to carry a knife.

These figures come as icons from sport, music and business joined with families and community groups affected by knife crime to launch a new national coalition entitled No to Knives. The directive of the new campaign is to tackle the attitudes and behaviour of young people who carry knives.

Prime Minister Gordon Brown and Ms Smith have confirmed that the Government will commit £4.5 million to fund local community groups in running diversionary activities for young people in the ten TKAP areas.

Ms Smith said: Everyone has a role to play in tackling knife crime and getting knives off our streets. We all need to stand shoulder to shoulder.

I am pleased to see that the tough, targeted action we are taking in ten areas is making a real difference on the ground.