A review into deaths in police custody set up by Theresa May in 2015 was due to report last summer but a Home Office failure to set a date for its release has sparked anger among campaigners. 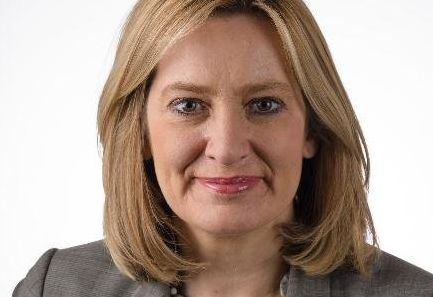 A review into deaths in police custody set up by Theresa May in 2015 was due to report last summer but a Home Office failure to set a date for its release has sparked anger among campaigners. Community and human rights groups want Home Secretary Amber Rudd to announce when the report will be published and say why it has been delayed. The aim was to have it completed 12 months ago  by summer 2016  the Home Office confirmed to Police Professional. Theresa May commissioned an independent review two years ago when she was Home Secretary, reportedly believing that the criminal justice system made it too hard for people whose loved ones had died in police custody to get answers. According to a letter published in The Guardian from a coalition including Liberty, the Runnymede Trust and criminal justice groups, one of the objects of the review was to investigate “racial disproportionality”. Their statement says: We call on Home Secretary Amber Rudd to immediately release the report of the independent review into deaths in police custody. Families have been calling for transparency and justice on deaths in custody for decades.” The letter adds: By releasing the report of the independent review, the government can begin to convince bereaved families that it is committed to transparency and justice for the families affected by deaths in custody. One of the signatories of the letter, Leroy Logan, a former Metropolitan Police Service superintendent and chairman of the Black Police Association Charitable Trust, said: The longer they sit on it the more it builds peoples suspicions. “The last thing anyone needs, when there are so many issues with trust and confidence in the state, is a review of this importance being withheld. Before ordering the review, Mrs May met the families of Sean Rigg and Olaseni Lewis, who died after restraint by officers in 2008 and 2010 respectively. Former Lord Advocate Dame Elish Angiolini was appointed to conduct the review in 2015. It was set to examine the procedures and processes surrounding deaths and serious incidents in police custody, considering the extent to which ethnicity is a factor in such incidents. Mrs May previously said that deaths in custody have the potential to undermine the relationship between the public and the police and that she was struck by the pain and suffering of families still looking for answers. The Home Office, which delivered the report to Ms Rudd`s desk on Friday (June 30), said the review will be “published in due course”, but would not comment specifically on a release date.