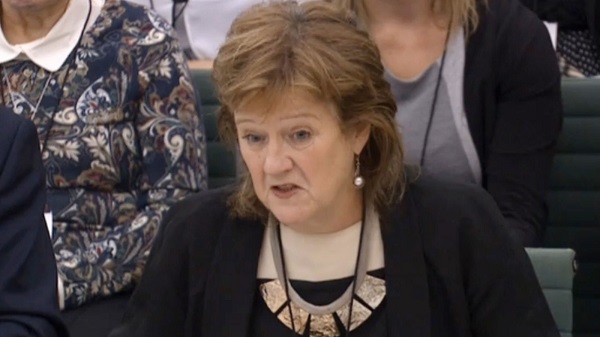 Home Secretaries Theresa May and Amber Rudd broke Whitehall rules by negotiating salaries to figures on the troubled Independent Inquiry into Child Sexual Abuse (IICSA), a new report reveals. Since 2010, all appointments that require ministerial approval and have salaries above £142,500 must be agreed by the Chief Secretary to the Treasury. Both the Prime Minister and Ms Rudd failed to get that specific approval to pay staff, resulting in the Treasury imposing an exemplary fine of £366,900 on the Home Office. Mrs May broke the rules as Home Secretary in 2015 and 2016 when she paid panel members up to £565 a day. Ms Rudd breached them again by appointing Professor Alexis Jay as inquiry chair on a £220,000 salary package that included £35,000-a-year London living allowance. Professor Jay was hired after Dame Lowell Goddard, a judge from New Zealand, quit in controversial circumstances. Ms Rudd had been in her post for only a few weeks when she appointed Professor Jay. The speedy appointment was deemed necessary to ensure the inquiry continued to operate with minimum disruption. Professor Jays salary is considerably less than the reported annual package of about £500,000 that Theresa May, when she was Home Secretary, handed to Dame Lowell, who resigned last year with an £80,000 pay off. Professor Jay is the fourth head of the inquiry. After Dame Lowell her other predecessors were Baroness Butler-Sloss, who lasted a week and Dame Fiona Woolf, who quit after two months. News of the fine  and failure to observe Government rules  emerged in the Home Offices 2016-/17 annual report. It read: The Home Office paid an exemplary fine of £366,900 after securing retrospective approval from the Chief Secretary to the Treasury in relation to breaching the control process in negotiating the salaries of the chair of the Independent Inquiry into Child Sexual Abuse (IICSA) as well as each of the four panel members of the IICSA, in financial year 2015-16. A Home Office spokesperson said the department had since reviewed appointment procedures to prevent further such breaches.