Her Majestys Inspectorate of Constabulary in Scotland (HMICS) has criticised the dysfunctional relationship between the Scottish Police Authoritys (SPA) chair and chief executive. 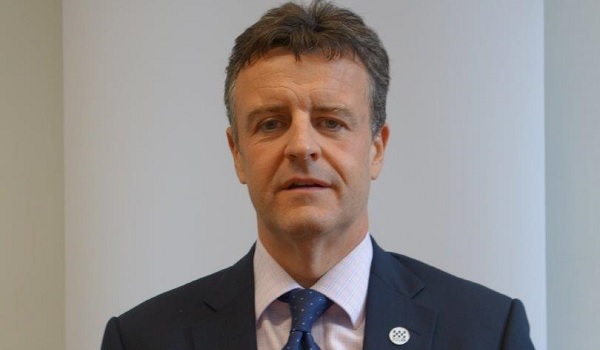 Her Majestys Inspectorate of Constabulary in Scotland (HMICS) has criticised the dysfunctional relationship between the Scottish Police Authoritys (SPA) chair and chief executive. In HMICS`s phase one review of Openness and Transparency at the SPA, published on Wednesday (June 21) it identified a number of challenges for chief executive John Foley and his senior management team in managing long-term secondments and absences. It also found a dysfunction in the relationship between Mr Foley and outgoing SPA chair Andrew Flanagan, and recommended a review of its internal executive structures. HM Chief Inspector of Constabulary in Scotland (HMCICS) Derek Penman, said in the report: My inspection has identified shortcomings in the capacity of the chief executive, senior managers and committee support services to provide the level of expert advice and governance support needed by the board. This is a fundamental weakness in the current executive structures and I therefore welcome the recent announcement by the Cabinet Secretary for Justice that there will be a review of the way that SPA Board can be better supported to deliver its statutory functions. Justice Secretary Michael Matheson confirmed the review following Mr Flanagans announcement of his resignation on June 14, which will consider how the SPA can help the board to take informed, transparent decisions and improve relationships with stakeholders. A number of positive signs of improvement In SPA operations over the last 18 months were also identified, including relationships between the board and Police Scotland and the shared development of the Policing 2026 strategy, which was laid before the Scottish parliament on Tuesday (June 20). However, recent parliamentary scrutiny has raised significant concerns over governance, openness and transparency. Mr Flanagan has been at the forefront of the criticism in recent months following controversial governance decisions and accusations of bullying. A decision to hold committees in private and withhold papers to the day of the meeting was heavily scrutinised by Holyroods Public Audit and Post-Legislative Scrutiny Committee. At one committee hearing, SNP MSP Alex Neil told Mr Flanagan its not the Kremlin youre running. The HMCICS said this was the most contentious issue covered within the review, adding that while it recognises the need for board members to hold confidential briefings in support of their role, the formal scrutiny of policing in Scotland should be public. He continued: I consider the decision in August 2016 to allow committee chairs to hold meetings in private was precipitous and should not have been implemented until the formal board approval of the new Corporate Governance Framework in December 2016. Following the implementation of private meetings, relationships with key stakeholders have been significantly impacted. Responses to a survey carried out by HMICS revealed many investors feel their role has become much more difficult to fulfil because they cannot make any meaningful contributions, which the inspectorate described as detrimental to the SPA. HMICS believes the decision to hold private meetings was down to a desire to limit the opportunity for others to comment and contribute to the business of the board. A former board member, Moi Ali, publicly criticised Mr Flanagan for proposing private committees which led to her being sent a letter asking her to resign. She quit amid accusations of bullying. However, the review found no evidence of a bullying culture, and said there was strong support for Mr Flanagan from all members at the SPA. It added that Ms Ali acted in accordance with On Board guidance when she disagreed with the decision to hold private committees, and that the outgoing chair did not properly interpret collective responsibility within the guidelines. Mr Flanagan was also criticised within the report for dealing with Ms Ali inappropriately, and sending a letter to her before discussing the is