Child protection inspections at two forces have found one inadequate or requiring improvement in in 93 per cent of cases while another has been told to address failures in missing children proceedings. 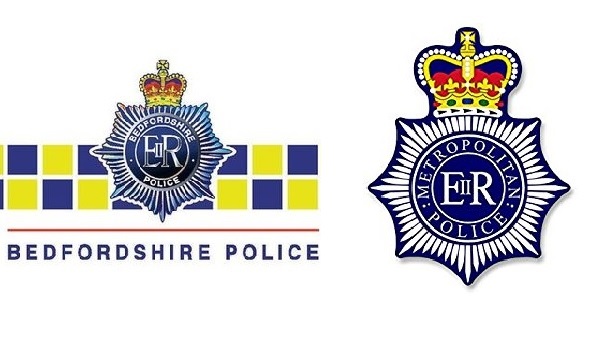 Child protection inspections at two forces have found one inadequate or requiring improvement in in 93 per cent of cases while another has been told to address failures in missing children proceedings. The Metropolitan Police Services inspection (MPSs) was the third quarterly update on its preparedness to deal with vulnerable children after being heavily criticised in November last year for fundamental and widespread deficiencies in how it deals with vulnerable children. The inspections examined the effectiveness of police action at each stage of their interactions with or for children, from initial contact through to the investigation of offences against them. To determine the accuracy of the forces audit team, the inspection body asked it to randomly select and self-assess the effectiveness of its practice in 135 child protection cases. HMICFRS also assessed these cases and compared their results with the MPSs. It found around 93 per cent demonstrated practice that was either inadequate or required improvement. In three of the 135 cases, there were lengthy delays in the forces initial response to missing children, ranging from six hours in one case to three days in another. However, the force was praised for allocating officers to lead on matters relating to the safeguarding of children and creating the child safeguarding delivery group, which reports to the deputy assistant commissioners gold group. The final quarterly report  to be published in January 2018  will take findings from the previous three and provide an overall assessment of the progress made by the force in the year since the publication of the initial report. HM Inspector of Constabulary Matt Parr said continued improvement has been found in the MPSs governance of child protection, despite the complexity of policing in London. For this report inspectors assessed the extent this strategic intent to improve had translated into better services to protect children, he added. “To do this, inspectors reviewed a sample of child protection cases. This found there were still significant weaknesses in the service provided to the children of London. Whilst inspectors recognise the scale of the task the Met faces, and would not necessarily expect to see immediate improvement in all areas, there is still clearly much work to do. The force now needs to take prompt and effective action to translate the strategic commitment into improving the service to children at risk of harm.” A MPS spokesperson added: The MPS has dedicated officers and police staff in front line and specialist roles working extremely hard to safeguard children in London. Their work is tremendously challenging and emotionally demanding, but they are committed to achieving better outcomes for the vulnerable children they seek to assist. Action has been taken in every case where either the MPS or HMICFRS identified concerns that safeguarding risks had not adequately been addressed as part of this report. Keeping Londons children and young people safe is a priority for the MPS. In response to the findings of HMICs 2016 inspection, a comprehensive plan was initiated to improve our child protection services. We recognise the urgency of improving our services, but we know that delivering real and sustainable improvements in every aspect of our delivery will take time to achieve. Our improvement plans are kept under continual review and the findings of this most recent HMICFRS report will be carefully considered as part of this process. At Bedfordshire, HMICFRS said Chief Constable John Boucher and police and crime commissioner Kathryn Holloway have a clear commitment to child protection, which is reflected in the police and crime plan. The report set out a number of initiatives that have improved Bedfordshire Polices focus on vulnerability, such as its work on the PREVENT/CONTEST strategy to safeguard children from environments in which extremism flourishes. It also praised the force for the implementation of new process