The man in charge of inspecting policing in Scotland has announced his intention to retire. 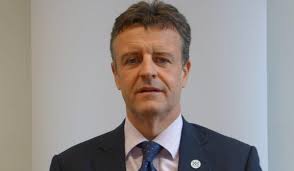 The man in charge of inspecting policing in Scotland has announced his intention to retire. Derek Penman, HM Chief Inspector of Constabulary in Scotland, has handed notice to the Scottish Government informing it of his plans to retire on March 31 next year. Mr Penman has held his current position since January 2014 when he joined the inspectorate following a 29-year policing career. He previously served in roles including assistant chief constable (crime and specialist operations) with Grampian Police and temporary chief constable with Central Scotland Police. Mr Penman said: I am proud to have led HMICS for almost four years, during which time I have consistently sought to improve policing across Scotland, addressing significant issues and making recommendations for change through the publication of over 30 inspection reports. Having re-established HMICS as a key scrutiny body in the new policing landscape, the time is now right for me to move on to new professional challenges.