Trials of six suspects including three retired South Yorkshire Police (SYP) officers and a force solicitor accused of offences related to the Hillsborough disaster and its aftermath are set to take place in Preston. 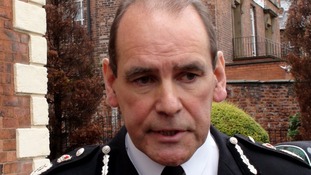 Trials of six suspects including three retired South Yorkshire Police (SYP) officers and a force solicitor accused of offences related to the Hillsborough disaster and its aftermath are set to take place in Preston. The ruling came as the defendants  including Sir Norman Bettison  returned to court for the latest stage of their criminal proceedings. Sir Norman, 61, the former West Yorkshire and Merseyside chief constable, sat in the dock at Preston Crown Court in Lancashire along with former colleagues Donald Denton, 79, and Alan Foster, 70, to hear how legal proceedings against them were likely to unfold. Alongside them were former Sheffield Wednesday club secretary Graham Mackrell, 67, and solicitor Peter Metcalf, 67, who acted for SYP following the 1989 disaster. Mr Justice William Davis oversaw a morning of legal argument on Wednesday (September 6) over issues that included the location of future hearings. Lawyers for the defendants submitted arguments that future trials should be held outside of the North West of England to ensure they received a fair hearing. And they debated whether a single judge or different judges should hear each proposed trial. Alternatives locations for a trial given to Wednesday`s hearing were Leeds, Birmingham or London. However, Richard Matthews QC, prosecuting, told the judge the prosecution team preferred the trial to go ahead in Preston and the judge agreed. Delivering his ruling at 2.15pm, Mr Justice Davis told the court he had concluded Preston was a suitable setting for any trials. No formal pleas were given in the hearing but their legal teams have indicated they will deny the charges. At their first court appearance at Warrington Magistrates Court last month, Mr Mackrell, who was the safety officer at the time, pleaded not guilty to three health and safety charges. Sir Norman, who was a SYP chief inspector at the time and went on to become chief constable of the West Yorkshire and Merseyside forces, is charged with four offences of misconduct in public office over alleged lies in accounts of his involvement in the disaster. Ex-Chief Superintendent Denton, former Detective Chief Inspector Foster, and Mr Metcalf, are each charged with two offences of doing acts tending and intended to pervert the course of justice relating to amendments made to police officers` statements following the tragedy. Match day commander ex-Chief Superintendent David Duckenfield, 72, who was in charge of the force`s operation at Hillsborough on the day, faces 95 counts of gross negligence manslaughter but will not be formally charged and appear in court with the other five until an application to lift a stay imposed after a prosecution in 2000 has been approved by a High Court judge. About 20 bereaved family members of the supporters who were fatally injured in the disaster sat yards away in the public gallery. Ninety-six Liverpool fans were crushed to death in pens at the Leppings Lane end of Hillsborough Stadium on April 15, 1989 as their FA Cup semi-final against Nottingham Forest began. Last month the Crown Prosecution Service (CPS) said there would be no manslaughter prosecution over the death of the 96th casualty, Anthony Bland, as he died almost four years later, and under the law in 1989 his death is now “out of time” to be prosecuted. The CPS brought charges following referrals from the Operation Resolve investigation into the causes of the disaster and the Independent Police Complaints Commission inquiry. The case follows an inquest last year into the tragedy that ruled the Liverpool fans were unlawfully killed. All the defendants are on bail.