Policing leaders have turned their thoughts and concerns to those “living under the shadow” of the Hillsborough tragedy in the wake of the decision to prosecute four former officers in connection with the deaths of 96 fans. 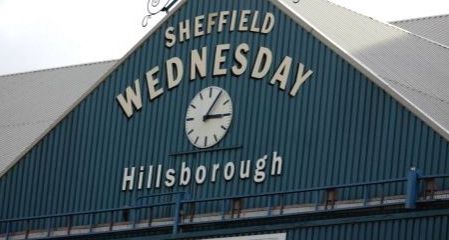 Policing leaders have turned their thoughts and concerns to those “living under the shadow” of the Hillsborough tragedy in the wake of the decision to prosecute four former officers in connection with the deaths of 96 fans. South Yorkshire Police Chief Constable Stephen Watson described the disaster nearly 30 years ago as an “appalling tragedy” while police and crime commissioner (PCC) Dr Alan Billings said the announcement flagged up “another milestone” in the long history of the Hillsborough investigations. On that fateful day in April 1989, Dr Billings attended the tragic match in his capacity as a pastoral carer and was called on to administer to the injured and dying. Mr Watson issued a statement after the Crown Prosecution Service (CPS) said that six individuals  including ex-Chief Superintendent David Duckenfield, former Chief Constable Sir Norman Bettison, ex-Chief Superintendent Donald Denton and former Detective Chief Inspector Alan Foster  were told they faced prosecution over the incident at Sheffield Wednesday`s football stadium. The chief constable said: “In all of this, our thoughts are with the Hillsborough families as we reflect on the appalling tragedy that is Hillsborough with the loss of so many innocent lives.” As for the criminal charges, he accepted they are “rightly for the CPS”, adding: “Given that criminal proceedings are now active, it would be inappropriate for me to comment further for fear of jeopardising this important process in any way.” Dr Billings said the start of criminal proceedings could hopefully lead to a “measure of closure” for all concerned  the “family members who have experienced a long and traumatic process in their quest for justice and those officers who have lived under the shadow of the disaster for 28 years”. He added: I am reassured that South Yorkshire Police today understand very well that their present and future conduct has to be rooted in a commitment to uphold the values of public service and to putting the victim at the centre of their operation.” The CPS spelled out its decision on Wednesday (June 28) through Sue Hemming, head of the special crime and counter-terrorism division. The six facing prosecution are: Mr Duckenfield, match commander on the day of the disaster, who has been charged with manslaughter by gross negligence of 95 men, women and children. The CPS said it is alleged that Duckenfields failures to discharge his personal responsibility were extraordinarily bad and contributed substantially to the deaths of each of those 96 people who so tragically and unnecessarily lost their lives. It said it was unable to charge him with the manslaughter of Tony Bland  the 96th casualty  because he died almost four years later. To secure a conviction, the CPS must show firstly the existence of a duty of care to the deceased. Then, it must prove that duty of care was breached, and thirdly that the breach of duty caused or else significantly contributed to the deaths. Finally, prosecutors would have to convince a jury that the breach should be characterised as gross negligence, and therefore a crime. Sir Norman, a former chief inspector and superintendent with South Yorkshire Police and subsequent chief constable of Merseyside and West Yorkshire Police, is charged with four counts of misconduct in public office relating to alleged lies about his involvement in the aftermath of the Hillsborough disaster and the culpability of Liverpool FC fans. Former Chief Supt Denton is charged with intent to pervert the course of public justice relating to material changes made to witness statements. It is alleged that he oversaw the process of amending the statements. Ex-Det Chief Insp Foster is charged with intent to pervert the course of justice over alleged involvement in the amendment process of witness statements in the aftermath of the disaster. The CPS said he was central to the process of changing the statements. Peter Metcalf, the solicitor acting for South Yorkshire Police during the Taylor Inquir