Air quality monitoring specialist Enviro Technology has announced the UK launch of the GDA 2, a portable detector that measures up to 750 hazardous gasses and chemical warfare agents.

Air quality monitoring specialist Enviro Technology has announced the UK launch of the GDA 2, a portable detector that measures up to 750 hazardous gasses and chemical warfare agents.

The GDA 2  (Gas Detector Array) electronic nose  is the first product of its kind available in the UK and will be aimed at customers operating in the first response, police and anti-terrorism markets.

The product simultaneously measures for many hazardous compounds including Benzene, Formaldehyde and Phosgene to chemical warfare agents (CWAs) such as Sarin, Tabun etc. The lightweight (4.2kg), battery powered, handheld detector will also give users instantaneous readings via visual (red LED) and audible alarms.

Duncan Mounsor, Enviro Technologys operations director, said: What makes the GDA 2 special is that, unlike other detectors, you can take this product onto a site without knowing whats already in the air and, within seconds, it will identify and quantify potentially dangerous airborne compounds. Many customers call us reporting unusual odours in the air and, traditionally, it has been difficult to identify and quantify these. The GDA 2 will also make this type of analysis much easier.

Many other analysers on the market only contain one of the above detectors, thus limiting the types of gasses that can be identified, continued Mr Mounsor. The GDA 2 has a huge breadth of selectivity to measure many different compounds. If the hazardous gas is one of the 750 within the analysers memory, then it will be identified and accurately quantified. The product has a proven track-record having been used across Europe as an airborne compound detector at rail, terrorist, fire and chemical release incidents. It has also been used by special forces for security monitoring at events such as the Winter Olympics in Turin and European Parliamentary summits. 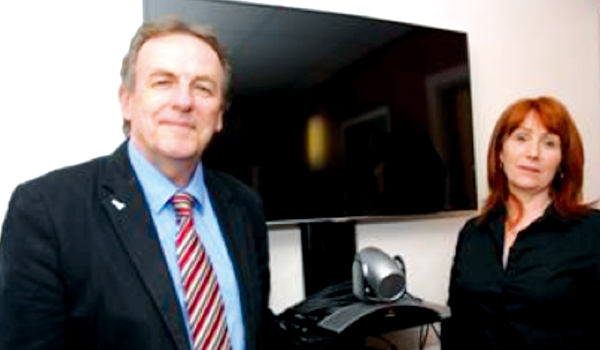 Anti-social passengers stopped in their tracks