Ahead of a week of action on hate crime, Police Professional examines recent experiences and new approaches to tackle the issue head on, particularly when disability is involved. 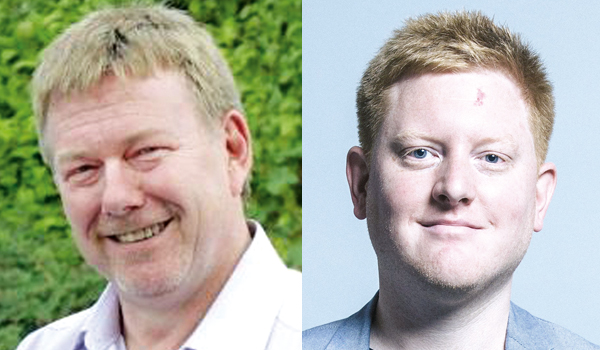 Born with a mild learning disability, Richard experienced bullying throughout his schooldays, which continued when he became an older teenager and began living independently. Local youths would climb onto his balcony, threaten him and call him names while he was inside his flat. He could not persuade the police to take any action, although a local councillor tried to help by putting anti-climb paint on his flat below the balcony, but the youths simply put planks over the paint. They would throw eggs at the windows and on one occasion set fire to a bin fire directly below the flat. One night, Richard returned home to find a neighbour blocking his apartment door and demanding money. The man refused to move and Richard had to sleep at his mothers house. The incident was reported to the police but again no action was taken. The next National Hate Crime Awareness Week begins on October 14, with campaigners concerned that hate crimes against the disabled are more likely to go unreported and less likely to receive attention compared to other offences. There were 3,629 disability hate crimes recorded by forces in 2015/16, a year-on-year increase of 44 per cent. There had already been a sharp growth the previous year, up from 1,955 in 2013/14 to 2,765 in 2014/15  an increase of 41 per cent, but campaigners say this figure represents only the tip of the iceberg. The Crime Survey for England and Wales estimates the true figure for disability-related hate crimes could be as high as 70,000. The figures show increased public confidence in the polices handling of cases such as these since the 2011 Independent Police Complaints Commission investigation into the death of Fiona Pilkington, who killed herself and her disabled daughter in 2007 after years of bullying and abuse, resulting in severe criticism of Leicestershire Police. However, a 2015 report by HM Crown Prosecution Service Inspectorate said police forces were still not doing enough to tackle this form of abuse and although the continued growth in reporting is encouraging, campaigners say there is much more that needs to be done. Research by the disability charity Dimensions found that 73 per cent of people with learning disabilities and autism have experienced hate crime  53 per cent having been victims in the past year alone  and that a high proportion will not leave their homes due to fear. However, 48 per cent of victims interviewed by the charity said they did not report the hate crime. People with learning disabilities and autism confront multiple barriers when it comes to reporting a crime, said Steve Scown, chief executive at Dimensions. Society tells people with learning disabilities or autism to just ignore name calling and deliberate exclusion from social circles. This means that they often have a high bar for unacceptable behaviour. Some might be unaware that a crime has taken place and their disability makes them the particular targets of hostility from physical and financial predators. Many dont have the language to name and report crime, particularly including the signs and symbols to talk about sexual abuse. Many learning disabled or autistic people are afraid of the unknown  and police stations can be intimidating places. Few police officers are trained to communicate appropriately with a person with learning disabilities or autism and individuals with a learning disability or autism may be scared of not being listened to, not being believed, of being ignored or ridiculed. For many, after all, that is a substantial part of their life experience. Jared OMara, the Labour MP for Sheffield Hallam and Britains first politician to be born with cerebral palsy, says he is on a crusade to put disability rights at the centre of the agenda for change. He notes that, despite one in five people having a disability as defined by the Equality Act, their struggle is still not given the same importance as those of other victims of discrimination. We need the non-disabled majority to stand with us, he said. Yo