Contingency planning for post-Brexit customs operations must not put UK security at risk through the Governments failure to plan, MPs have warned. 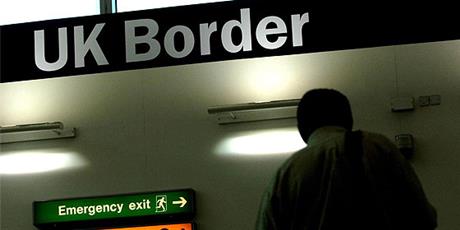 Contingency planning for post-Brexit customs operations must not put UK security at risk through the Governments failure to plan, MPs have warned. Major disruption could ensue unless urgent action is taken with a proposed four per cent increase in Border Force staff thought to be completely unconvincing, a Commons Home Affairs Select Committee (HASC) report fears. The Home Office says customs officials would have the resources they need when the UK withdraws from the EU in March 2019. With the anticipated departure from the customs union, the UK government says it wants to agree a new innovative model to avoid holdups at the border. But negotiations on this have yet to begin and there is expected to be a sharp increase in customs declarations after Brexit. HM Revenue and Customs (HMRC)  which handles customs checks  has said it will need an extra 5,000 staff to cope with the extra workload, while the Government has promised an additional 300 border staff will be in place on Brexit day. The cross-party members on HASC said urgent coordinated staff planning was needed between HMRC and the Border Force. We find these plans for such a small increase in border staff completely unconvincing, particularly given the current uncertainty and the need for contingency planning, its report said. If new customs arrangements require a substantial increase in customs capacity which cannot be delivered in time, then there is a significant risk that Border Force staff will be diverted from crucial security functions, including preventing smuggling, the seizing of dangerous goods and immigration processes. The Home Office needs to plan for a significant further increase in border staffing and to ensure that arrangements are in place to prevent large numbers of staff being diverted away from other critical areas. In the rest of its report, the committee said staying in the customs union during the post-Brexit transition period would cause the least upheaval, calling for no practical change to customs operations especially at the Irish border. And it said not enough planning was being done for the possibility of no deal with the EU, saying this would lead to a huge amount of change in a very short time, with a vast increase required in capacity and processes at the border. HASC chair Yvette Cooper warned of a repeat of the 2015 cross-Channel transport chaos which heaped pressure on Kent Police. This led to the implementation of Operation Stack, in which stretches of the M20 in south-east Kent were used to park freight bound for the Channel Tunnel or the Port of Dover. She said: As things stand, the Government is running the risk of celebrating their first day of Brexit with the sight of queues of lorries stretching for miles in Kent and gridlock on the roads of Northern Ireland, which would be incredibly damaging to the UK. Contingency planning is essential. If the Government gets this all wrong, we could be facing Operation Stack on steroids. The HASC report follows another by the Commons Public Accounts Committee last week which warned that failure to complete the introduction of a new customs system by the Brexit date would be catastrophic. A government spokesperson said it is planning for a range of possible scenarios. We will ensure we have the resources we need to continue to run effective customs, borders and immigration systems in the future, a statement added. On the 300 additional frontline Border Force officers, the Government said the number could change depending on the outcome of negotiations and workflow monitoring.