Hampshire chief: All operational officers who want to use a Taser will get one

A chief constable has been praised for her supportive decision to sanction Tasers for every officer with an operational need who wants to use the device. 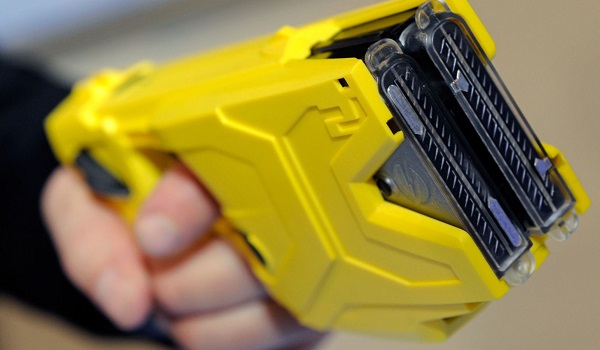 A chief constable has been praised for her supportive decision to sanction Tasers for every officer with an operational need who wants to use the device. Olivia Pinkney admits the process will take some years but she has given the go-ahead to a roll-out in Hampshire Constabulary  thought to be the first force in the country to the extend the offer to all frontline officers. Ms Pinkney stressed the commitment was based on evidence and the need to provide officers with confidence to do the difficult job they have to do  in the face of a growing number of assaults. Hampshire police and crime commissioner Michael Lane has promised to fund the programme. Currently, 310 non-firearms officers have use of a Taser and Hampshire Police Federation chairman John Apter said it is hoped that number will double in the next 12 months. Mr Apter told Police Professional: Its brilliant news. I couldnt be happier. Im thrilled and its something weve been working hard on with the chief constable and her team for some time. She has taken the lead and been very supportive. I want to place on record my thanks to Chief Constable Olivia Pinkney who has listened to my concerns and acted on them. In the announcement to her officers, Ms Pinkney, said: Anyone with a clear operational need, who wants to, has the support of their line management and is able to carry a Taser, should have access to one. Training and rolling out Taser is not a quick process, and it will take some years, but as a clear sign of our commitment, Assistant Chief Constable Dave Hardcastle is now working up a plan within the Joint Operations Unit (JOU) to achieve this ambition, prioritising response and patrol teams, but mindful of the fact that there are colleagues in other roles who may also have an operational need. The close working relationship between the federation and the forces chief officer on the issue has highlighted the need for officer safety with great emphasis placed on evidence from feedback from officers with access to Taser. Two years ago the federation was able to elicit a modest increase in the numbers using tasers after an orchestrated campaign of lobbying chief officers. Mr Apter added: Taser has a proven track record it will protect officers. It saves officers from serious injury if not death and I couldnt be more proud that as a result of our work, our officers will be provided with this essential piece of equipment. Its a great decision and a good day for my colleagues. He accepted that not every officer wants to use a Taser and that while the roll-out will start immediately it will be very much a work in progress  with the need to ensure budgets and training are in place. Response & control command should be treated as a priority, added Mr Apter. Last month hundreds more Police Scotland officers were given access to Tasers as the force revealed its three-year plan to address changing demand. Around 500 local policing officers north of the border will be equipped with the new X2 Tasers following a rise in the number of assaults. Earlier this week Home Office research revealed one hundred per cent of officers prefer the Taser X2 to the old model. Many forces have ordered the new devices but others are yet to decide on a replacement timetable for the discontinued versions. Analysis of the new Taser found its two-shot capability and dual targeting lasers make it more appealing to officers than the Taser X26. Every respondent to a Government survey said they thought the X2 is an improvement on the X26, as it is more accurate and has more efficient battery life.