Her Majestys Inspector of Constabulary Mike Cunningham explained the characteristics found in good performing forces and less evident in those achieving lower grades. 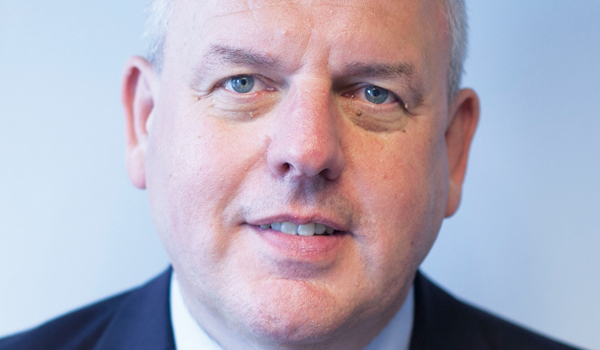 Each year, Her Majestys Inspectorate of Constabulary (HMIC) conducts its Police Efficiency, Effectiveness and Legitimacy inspections, which grade forces across ten areas of activity. They have been welcomed by most chief constables as a much better guide to their performance than previous measures. Since joining HMIC in 2014, HM Inspector of Constabulary, and former Staffordshire chief constable, Mike Cunningham has had plenty of opportunities to see forces at both ends of the achievement scale. He has gained valuable insight into the traits demonstrated in England and Wales best forces – and those missing in forces that are struggling. At the Excellence in Policing Spring event this year he set out what he found. These characteristics are present to varying degrees in various places, he said. It seems to me from my observations going across forces across the country and looking at our reports that the forces that perform really well exemplify these characteristics, and they are less present in those that are performing less well. Leading transformation The Home Office has repeatedly made it clear that it is not the Governments responsibility to manage police reform; instead, the duty lies with chief constables and PCCs. According to Mr Cunningham, the forces that recognise this are typically the ones that perform best. In particular, he drew attention to the ambition and pace with which leaders drive reform as among the main hallmarks of excellence. Innovative thinking became a necessity under the years of austere public finances as forces strove to develop new, more efficient ways of working. However, since then-chancellor George Osborne promised to protect funding in 2015, several senior figures have claimed that the pace of innovation has slowed. A number of chief constables, the Association of Police and Crime Commissioners and the Government have expressed this view, and achieving excellence in the future will require policing to put its foot back on the gas in regard to transformation. Reduced funding has also undeniably impacted workforce numbers. Nearly 21,500 officers left the service between 2009 and September 2016, and police staff numbers fell by 3.1 per cent to 60,815 in the past year alone. Meanwhile, demand is evolving, with an increasing focus on vulnerability and cybercrime rates on the rise, and public expectation being enhanced. Mr Cunningham warned that these three factors could lead to a perfect storm that risks damaging important elements of policing. In response to mounting pressure, some chief constables will consider shifting their diminishing resources to the areas of highest priority at the expense of others. This effect has most notably been observed with neighbourhood policing, which in the past has been very resource-intensive and structural in its approach. However, in many parts of the country, HMIC has not found much evidence of what is being built to replace it. Recent inspections have indicated that the best performing forces are those where the leadership has a strong sense of what new developments, such as a new model of neighbourhood policing, look like. This does not necessarily need to be a clear description of the model, but characteristics and features, such as early intervention, problem solving and accessibility need to be part of a forces vision for the future. Looking out and being open Partnership working is an increasingly prominent part of modern policing; according to HMIC, evidence suggests there is no sustainable community safety intervention that is delivered by a single agency. However, some forces have room for improvement in how they collaborate with others. Mr Cunningham has found the best organisations consider two main factors when entering partnerships. First, while most forces now have a good understanding of incoming demand, the better ones are able to describe the whole range of demand that is out there. For example, alcohol presents a range of issues, including community safety and hea