Gwent Police has issued a public apology for its handling of allegations of domestic abuse against a male colleague made by two female officers at the force. 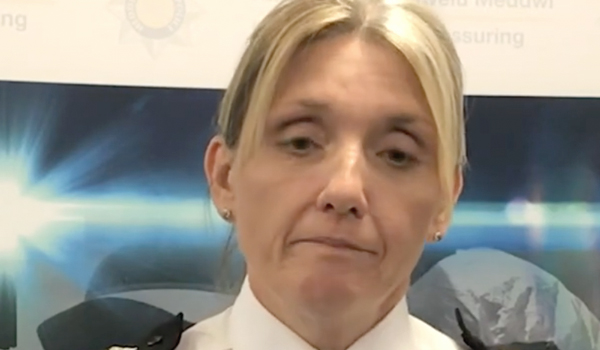 Deputy Chief Constable Amanda Blakeman said she was “extremely sorry that at a time when they felt most in need of our support that we let them down”.

The allegations relate to incidents that took place in 2011 and 2012.

The officer concerned was dismissed for gross misconduct in his absence having resigned from the force before the hearing took place.

The cases were highlighted as part of a national super-complaint, brought by the Centre for Women’s Justice, on behalf of a number of women from across the country.

The super-complaint, which was raised in 2019, centres on the way forces respond to police-perpetrated domestic abuse.

Gwent Police said it had “agreed a resolution” with the Centre for Women’s Justice over the complaint about its handling of the allegations of domestic abuse.

The Centre for Women’s Justice said the force’s apology forms part of a “wider settlement of a civil claim for damages brought by the two women raising issues of negligence” after they were “failed” when reporting their allegations.

The two women, known as ‘Jodie’ and ‘Sarah’, were both probationary officers when they met PC Clarke Joslyn, who was involved in their training.

PC Joslyn relied on his more senior position to groom both women into relationships with him. Both were then subjected to domestic abuse by the officer, and eventually reported him.

“Their allegations were not properly investigated, and instead they were subject to victimisation by colleagues of Joslyn, and left unsupported,” said the Centre for Women’s Justice. “It later transpired that several other women had also been victimised by Joslyn over a period of years, yet he remained a serving officer, with easy access to young female trainees, until misconduct proceedings were finally brought against him in 2018.”

PC Joslyn resigned shortly before a panel found his conduct amounted to gross misconduct at a hearing in 2019.

Ms Blakeman said she has met with the two women involved in this case to hear their experiences first-hand and to apologise to them on behalf of Gwent Police.

“I am extremely sorry that at a time when they felt most in need of our support that we let them down,” she said.

“Since I took up my role with the force nearly two years ago, I have worked hard with the chief constable and other senior leaders to make a difference to the culture of Gwent Police, not only on this issue but on all discriminatory practices. This work will continue to ensure Gwent Police is a safe and professional workplace for everyone.

“We have listened, reflected and taken the actions needed to get this right in future. This is to make sure that if anyone within the force, or a member of the public, raises any concerns about the conduct of officers or staff that they can be confident of being heard and having the issues they raise investigated thoroughly. In the current climate this is critical to maintaining confidence in our services.

“We take any allegations of this nature very seriously and they will be thoroughly investigated, and action taken. We will also work with individuals raising concerns to make sure they have the support they want and need.”

Ms Blakeman added: “Public expectations around our standards of behaviour are quite rightly very high. There is no place in our force for inappropriate workplace behaviour or the abuse of an individual’s position to exploit others.

“We expect everyone within Gwent Police to maintain high standards of professional behaviour – the vast majority of our employees work tirelessly to serve our communities with professionalism, honesty and integrity.

“We are committed to identifying and taking action against those individuals who breach these standards. The public must have the utmost confidence in the integrity of our officers, and we are very clear that anyone who undermines the public’s trust will have no future in this force.”

Gwent Police said all cases involving officers where there is an abuse of a position of trust are reported to the Independent Office of Police Conduct for consideration of whether an independent investigation is required.

It also promoting external channels of support to encourage anyone who experiences unacceptable behaviour, or witnesses it, to discuss their concerns with someone outside of the force who can then support them in whatever course of action they choose.

The two cases form part of a dossier of evidence compiled by Centre for Women’s Justice in a national super-complaint on police perpetrated abuse, currently under investigation, which has led to more than 155 women coming forward who have suffered similar experiences.