Lawyers claim questions remain over an original police investigation and officers` actions in the wake of a formal request to reopen the inquests into one of the UK`s most infamous historical “miscarriages of justice”. 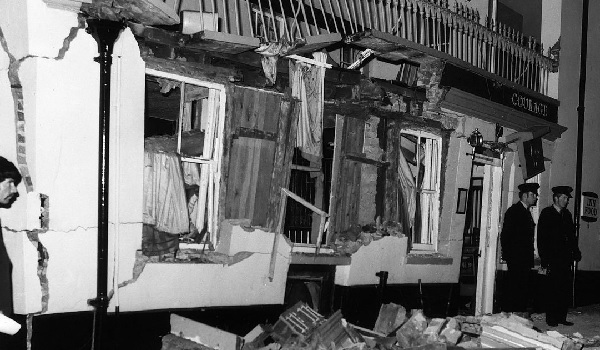 Lawyers claim questions remain over an original police investigation and officers` actions in the wake of a formal request to reopen the inquests into one of the UK`s most infamous historical “miscarriages of justice”. Surrey Police is waiting to hear from Coroner Richard Travers following the legal submission by KRW Law on resuming the judicial inquiry into the victims of the 1974 Guildford pub bombings that killed five people and injured 65 more . Convicted Paul Hill, Gerry Conlon, Patrick Armstrong and Carole Richardson  known as the Guildford Four  served 15 years before being released. On Wednesday (November 1), KRW Law  which has called on the Attorney General to launch a fresh inquiry into the first Surrey Police investigation and original prosecution of the Guildford Four  said its clients and families of the victims needed the truth. The law firm is representing a former soldier who survived the IRA blast at the Horse and Groom and is still suffering from post traumatic stress disorder, and Ann McKernan, sister of jailed Gerry Conlon. Soldiers Ann Hamilton, 19, Caroline Slater, 18, William Forsyth, 18, and John Hunter, 17, and plasterer Paul Craig, 21, all died in the October 5, 1974 blast. After viewing inquest papers from the time, lawyers said there was no record of the original hearings being resumed. The new submission by KRW Law to the Surrey Coroner states that for many years the focus had been on the Guildford Fours miscarriage of justice. It said victims families had never been permitted an opportunity to testify and were merely bystanders at the original trial and appeals. KRW Law says questions still need answering over the actions of officers and lawyers at the time  including the original police investigation, alleged changes to evidence by prosecutors, and the police response after the IRAs Balcombe Street unit admitted in 1976 it had planted the bombs. KRW Law has also pointed to the large number of fresh inquests in Ireland relating to the Northern Ireland conflict. It claims had the Guildford bombings happened there, it was more likely the deaths would have been subject to further investigation. The submission added: It appears unfair to provide comprehensive public investigations into these tragic deaths and yet fail to do so for the families of the victims in Guildford. There remains a profound belief that justice has not been done. The original Surrey Police investigation was reviewed by Avon and Somerset Constabulary in 1987. As a result of this review, the Court of Appeal decided in October 1989 that the 1975 convictions sentencing all four to life jail terms were unsafe. A subsequent judicial inquiry was held by Sir John May, with a report published in 1994, which led to the trial of three Surrey officers in 1993 in relation to conspiracy to pervert the course of justice. They stood trial and were acquitted. In 2005, then Prime Minister Tony Blair formally apologised to the Guildford Four for the miscarriage of justice suffered. A spokesperson for Surrey Police told Police Professional: We are aware of the application made to Her Majestys Coroner for Surrey, from KRW Law Advocates on behalf of their clients, requesting the reopening of the inquests of the victims of the 1974 Guildford pub bombings. The force statement added: We will wait to hear as to any decisions made by the coroner following this representation, and any subsequent direction made. KRW Law is also representing the families of victims of the 1974 pub bombings in Birmingham, where 21 people died and inquests have reopened. It said there were obvious parallels between the Guildford and Birmingham cases.