New guidance on prayer provision for Muslim officers and staff has been issued to help forces “improve faith inclusivity”. 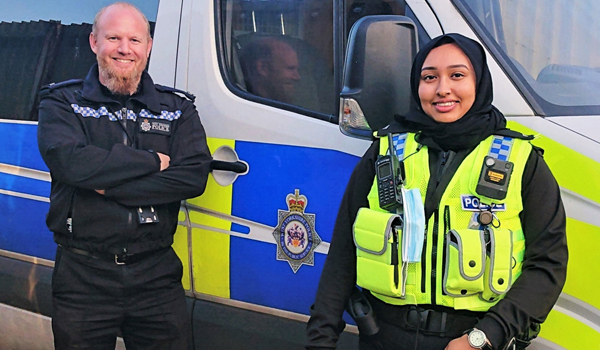 The guidance has been developed by the College of Policing in collaboration with the National Association of Muslim Police (NAMP).

It provides information on prayer in Islam, effective practice for police forces supporting and facilitating provisions for Muslim officers and staff and recommendations that can help create an inclusive environment.

Alexander Gent, chair of the NAMP, said: “Prayer is one of five pillars within Islam and forms part of daily life for Muslims. This guide will help police forces meet the religious needs of Muslims and improve faith inclusivity.”

The college says staff networks are an important part of policing and play a crucial role in supporting the workforce.

The NAMP was established to create a stronger network for Muslim officers and staff and promote understanding and awareness of Islam. Its members include police officers of all ranks, police staff, police community support officers and special constables.

“We are pleased to have worked with NAMP on the production of its faith guidance. Recruitment is in the spotlight to increase the diversity of the policing workforce,” said Fiona Eldridge, head of diversity, inclusion and engagement at the College of Policing.

“We also need to focus on retention and meeting the needs of officers and staff once they have joined the service. This guidance on prayer provisions  will assist forces in ensuring that the needs of Muslims are considered and will contribute to the development of inclusion within the service.”