North Yorkshire Police has conducted a ground-breaking project which, if rolled out nationwide, it says would deliver a radical improvement in the level of policing service and response experienced by survivors of domestic abuse. 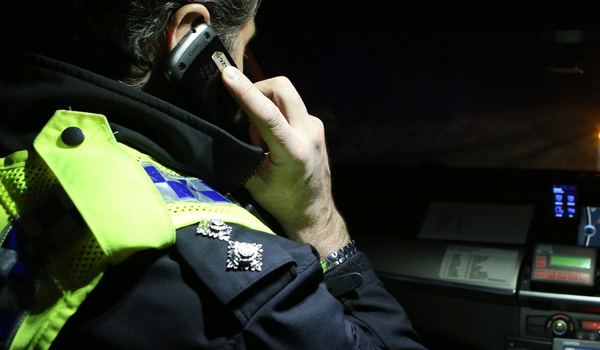 The pilot, called Project Shield, developed a new approach to ensuring vital information about the existence and conditions of victims’ non-molestation orders (NMOs) granted by the courts was easily accessible to safeguarding professionals and police officers.

Discussed in depth at a seminar hosted by North Yorkshire Police, attendees heard how solutions identified by the Project Shield team could be upscaled and rolled out nationally, so all police forces and safeguarding agencies could experience the same benefits. Vitally, they also heard how the national adoption of Project Shield could deliver a better level of service and safety to those who are most at risk of harm – the victims and survivors of abuse.

Chief Constable Lisa Winward said: “The new ways of working identified by Project Shield have enabled us to respond more effectively when victims report breaches of their NMO to us. Vitally it’s also allowed us to take early and decisive safeguarding action to prevent harm from occurring.

“We deal with victims of domestic abuse every single day and it’s essential that when they call us for help, we deliver an exemplary service to them, to help them feel safer. But ideally, I want us to be in the position to act before that call for service needs to be made.

“By having that vital information about their NMO at our fingertips, our Safeguarding Team can take action to prevent harm. If someone is harmed, they carry that experience and fear with them forever. We want to be part of the solution that prevents them from ever experiencing that fear and Project Shield will enable us to do just that.”

Over the past year, the force has been working alongside domestic abuse charity IDAS (Independent Domestic Abuse Services), Her Majesty’s Courts and Tribunal Service (HMCTS), Edge Hill University and CGI, the global IT and business consulting company on the multi-agency pilot scheme. Project Shield is aimed at preventing harm by delivering an improved service around the enforcement of NMOs.

NMOs are protective orders that victims can obtain through the civil courts to safeguard themselves and their families by preventing any contact or communication from their abusers. The protection these orders can provide relies heavily on the effective transfer of information between courts and police forces across the UK, so that breaches of the order can be identified and enforced.

Nationally, the force says there is an increasingly urgent need to address violence against women and girls, with the occurrence of domestic abuse and sexual violence having been exacerbated by the global pandemic. Figures show that in April to June 2020, the number of NMO applications increased by 24 per cent compared with the equivalent quarter in 2019.

North Yorkshire Police says it is therefore vital that police have all the relevant information to hand to ensure the safety that these orders provide can be relied upon by the survivors who are at risk.

In March 2019, the Centre for Women’s Justice called for changes in the processes around enforcing protective orders to better support vulnerable victims. In response, HMICFRS conducted a review and this summer published its report, A duty to protect, which stated that there was a need for better data collection and a requirement for research to be conducted to identify a more robust system of nationwide information sharing which can be used to improve the safety of vulnerable people.

North Yorkshire Police and partners had already picked up this challenge. Project Shield developed a new approach to ensuring vital information about the existence and conditions of victims’ non-molestation orders which had been granted by the courts was easily accessible to safeguarding professionals and police officers.

Key stakeholders and decision-makers at the seminar heard first-hand of the key benefits, independently verified by Edge Hill University, of these new processes delivered to North Yorkshire Police’s Safeguarding Team. The force’s domestic abuse officers were able to identify potential risk to victims earlier, allowing more time for critical safeguarding measures to be put in place to prevent harm. The pilot also delivered real improvements to the front line, by making essential information about the conditions of an individual’s NMO accessible to police officers, meaning they could take quicker enforcement action when breaches of orders had taken place.

Sarah Hill, chief executive officer of IDAS, said “We are pleased to have worked in collaboration with North Yorkshire Police and partners HMCTS, Edge Hill University and CGI, to develop this innovative approach using existing police technology, the Police National Database, to improve the management of NMOs. The police in North Yorkshire are now equipped with a searchable register of non-molestation orders and are therefore able to take more proactive measures to protect victims and survivors of domestic abuse.

“Multiple reports, published over the last six years, including our own Domestic Abuse and Family Courts report 2019, highlight that protective orders fall short of delivering on the promised protection for victim/survivors, leaving them at risk of harm.

“Obtaining a civil order can be a costly process both financial and emotionally and they are often obtained at the most high-risk time, when victims are attempting to leave a relationship with an abusive perpetrator. It is for this reason that there must be no delay in rolling out these improvements nationally so that victims and survivors can experience the benefits of improved safeguarding.”

Tara McGeehan, president, CGI UK and Australia said it undertook the North Yorkshire pilot because “it was the right thing to do”.

She said: “We sincerely hope that other forces and agencies look to the work North Yorkshire have done, and look to instigate a nationalised version. It’s up to all of us to collaborate across the private and public sectors – to build something better and protect some of the most vulnerable in society.”

Ms Winward added: “I’d like to thank our Safeguarding Team and all the partners involved for their passion, hard work and determination in making Project Shield such a resounding success.

“It’s so encouraging to share the work of the team with partners and key stakeholders who all have the shared endeavour to prevent future harm and make the system work better for victims of domestic abuse.”