Grenfell Tower inquiry head: My inferno remit is `cause, how it spread and future prevention`

The new chairman of the Grenfell Tower inquiry has promised a vigorous investigation that gets to the truth as quickly as possible. 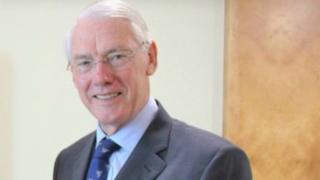 The new chairman of the Grenfell Tower inquiry has promised a vigorous investigation that gets to the truth as quickly as possible. Former Lord Justice of Appeal Sir Martin Moore-Bick said the purpose of his inquiry into the west London tower block inferno is to ensure that a tragedy of this kind never happens again. Theresa May said no stone will be left unturned by the public inquiry into the disaster as she confirmed Sir Martins appointment on Thursday (June 29). The Prime Minister told MPs she expects retired Court of Appeal judge will want to produce an interim report as early as possible to address the immediate lessons that need to be learned from the disaster. But after visiting the site of the tragedy on Thursday morning, he admitted he was “doubtful” whether the inquiry would be as wide-ranging as some residents might have hoped, adding that his remit could be limited to the cause, how it spread, and preventing a future blaze. He added: “I`m well aware the residents and the local people want a much broader investigation and I can fully understand why they would want that  whether my inquiry is the right way in which to achieve that I`m more doubtful.” Referring to calls for a wide-reaching examination of the blaze, Sir Martin said: “There may be other ways in which the desire for that investigation could be satisfied.” Earlier Mrs May said: I am determined that there will be justice for all the victims of this terrible tragedy and for their families who have suffered so terribly. Sir Martin, who specialised in commercial law in a legal career spanning nearly 50 years, will look into the blaze which the Metropolitan Police Service (MPS) say killed at least 80 people in west London on June 14. The MPS, which confirmed a faulty Hotpoint fridge freezer started the fire, continue to unpick the roots of the disaster in its investigation. The force has said a “string of criminal offences” are being considered up to manslaughter charges. Sir Martin`s appointment was recommended by the Lord Chief Justice, Lord Thomas of Cwmgiedd, and Mrs May said he is highly respected and hugely experienced. Sir Martin said: The purpose of this independent inquiry is to discover the truth about what happened at Grenfell Tower, so that we can learn lessons for the future and ensure that a tragedy of this kind never happens again. It is vitally important that the inquiry be open, transparent and fair to all those whose involvement with Grenfell Tower comes under scrutiny. It is important for everyone that the inquiry should establish as quickly as possible the cause of the fire and how it was able to spread so quickly to the whole of the building. I understand the desire of local people for justice; justice for them, and for all those involved in whatever way, will best be served by a vigorous inquiry that gets to the truth as quickly as possible. In a written statement to Parliament, the Prime Minister said Sir Martin will consult survivors and victims families about the scope of his inquiry. She said: The immediate priority is to establish the facts of what happened at Grenfell Tower in order to take the necessary action to prevent a similar tragedy from happening again. But beyond that immediate focus it is also important that all the wider lessons from both this catastrophe, and the inspections of other buildings around the country that followed it, are identified and learnt. I will return to Parliament with the final terms of reference once this process has taken place. Then the inquiry will begin its work. We must get to the truth about what happened. No stone will be left unturned by this inquiry, but I have also been clear that we cannot wait for ages to learn the immediate lessons and so I expect the chair will want to produce an interim report as early as possible. On Tuesday (June 27), Mrs May announced the need for a “major national investigation” after cladding on more blocks around the country failed fire safety tests. All 137