Grenfell Tower disaster chairman: Inquiry `can and will provide answers to unprecedented tragedy`

Survivors and families of victims of the Grenfell Tower inferno have been promised by the disaster inquiry chairman he will not “shrink” from making findings that could lead to criminal prosecutions or civil actions. 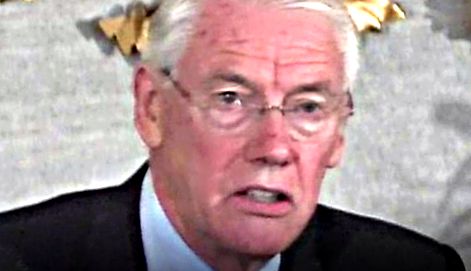 Survivors and families of victims of the Grenfell Tower inferno have been promised by the disaster inquiry chairman he will not “shrink” from making findings that could lead to criminal prosecutions or civil actions. Sir Martin Moore-Bick said the hearing “can and will provide answers” to the June 14 tragedy  “unprecedented in modern times”  that claimed at least 80 lives. The retired Court of Appeal judge led a minute`s silence at the start of 45-minute proceedings to formally open the inquiry, which aims to produce a first-phase report by Easter 2018. Sir Martin acknowledged the “great sense of anger and betrayal” felt by survivors of the fire and those touched by the tragedy but indicated he would endeavour to examine evidence “calmly and rationally”. He expressed hope the inquiry would “provide a measure of solace”, adding: “It can and will provide answers to the pressing questions of how a disaster of this kind could occur in 21st century London.” The Metropolitan Police Service is conducting its own investigations over possible criminal offences, which could include corporate manslaughter charges. Sir Martin`s opening statement to a packed Grand Connaught Rooms in Holborn, central London, focused on his strategy for keeping what will be a mammoth inquiry on the rails. He said there is a need for the inquiry to be formed of two phases, although both will be conducted in parallel. The first phase will focus on how the fire started and spread, along with the events in the hours until it was extinguished. The second will examine “how the building came to be so seriously exposed to the risk of a disastrous fire”, including past communication between residents and local authorities over the tower`s safety. It will also look at the response in the days after the disaster. Sir Martin said the inquiry`s terms of reference had been “deliberately cast in broad terms in order to give me the scope to pursue any line of inquiry that seems fruitful”. He added: “I`m well aware that the past few months have turned the world of those who live in North Kensington upside down and that former residents of the tower and local people feel a great sense of anger and betrayal. “That is entirely natural and understandable, but if the inquiry is to get to the truth of what happened, it must seek out all the evidence and examine it calmly and rationally.” He said: “My job isn`t to decide which two or more parties had the best case,” he told the hearing. “It is simply to get to the truth with the help of all those who have relevant evidence to give. “The process should be seen as essentially co-operative.” However, he rejected calls from survivors to appoint a person from the Grenfell community to the inquiry panel as it would “risk undermining impartiality”. Kensington MP Emma Dent Coad described Sir Martin`s statement as a “cold, clinical process”. The hearing concluded to a chorus of heckles after lawyer Michael Mansfield  representing some of the survivors  tried to challenge Sir Martin. As the meeting drew to a close, Mr Mansfield QC said: “Sir, before departing, I wonder if I may make a quick request on behalf of survivors.” He was ignored by the judge as he exited the room to shouts of “hello?” and “rubbish” from gathered residents. Speaking afterwards, the lawyer dismissed Sir Martin`s decision to opt for assessors and branded his departure “disrespectful to survivors”. Responding to the day`s events, Downing Street said the inquiry would “get to the truth of what happened” and help prevent similar catastrophes in the future. Theresa May`s official spokesperson said: “The Prime Minister has said we are determined that there is justice for the victims of this appalling tragedy and for their families. “We are confident it will get to the truth of what happened and learn the lessons to stop a similar catastrophe from happening in the future.”