The most senior prosecutor in England and Wales has spoken of the nation wanting to see justice done as individuals found responsible for the Grenfell Tower inferno could now face the threat of prison terms. 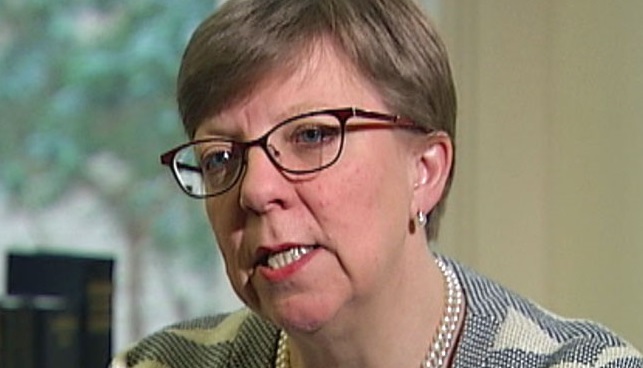 The most senior prosecutor in England and Wales has spoken of the nation wanting to see justice done as individuals found responsible for the Grenfell Tower inferno could now face the threat of prison terms. Manslaughter by gross negligence was among the offences the Crown Prosecution Service (CPS) would consider if the Metropolitan Police Service (MPS) uncovers sufficient evidence, it has emerged. Director of Public Prosecutions (DPP) Alison Saunders called for patience during the early stages of the forces investigation  and said that any criminal proceedings are likely to take some time and will have to be in accordance with the law. The MPS has previously said it will interview officials with a view to bringing charges over the fire, which claimed at least 80 lives. Families of victims have been told in a letter by the MPS that there are “reasonable grounds” to suspect both the Royal Borough of Kensington and Chelsea (RBKC) and Chelsea Tenant Management Organisation (TMO) of corporate manslaughter. A senior representative from each organisation will be formally questioned under the 2007 Corporate Manslaughter and Corporate Homicide Act. It follows calls from MPs for charges to be brought amid claims safety regulations were broken to save money during an £8.6 million refurbishment of the tower block last year. The MPS does not have powers to arrest individuals over corporate manslaughter, the letter adds. Organisations and companies face huge fines if they are found guilty of corporate manslaughter, according to CPS guidelines. Cladding and insulation fitted during the revamp is said to have caused the rapid spread of the fire on June 14, which began in a fridge. But the first public comments by the DPP stresses that in the name of justice, the Grenfell Tower tragedy is one where everybody will want to do as much as they possibly can in order to help both those who continue to be residents and those who died in the fire. Ms Saunders said: We have been talking to police and assisting them with some early advice. We havent seen any evidence yet, so it is far too early for us to say what offences we would be looking at. But there is a whole raft of offences against both individuals and possibly companies that we could be looking at depending what the evidence shows. The offence of manslaughter by gross negligence comes with a starting point of 12 years and can carry a life sentence if offenders are found to have a very high level of culpability. She said: All of us want to see justice done, but we need to make sure that we do it in accordance with the law. It is better that we do it properly. Thats what we want to do  make sure that if we are going to prosecute we build strong cases, as opposed to rushing. I quite understand that people want to have answers, want to know whats happening, but these things are very complicated. Ms Saunders said that as a lawyer she is required to maintain a professional detachment, it is only natural to feel a sense of empathy for the victims. You cant help but watch what happened and feel absolutely devastated and compassion for everyone involved, she added. Grenfell Tower campaigners have said they strongly oppose any form of limited inquiry into the disaster. The Justice4Grenfell group urged inquiry chair Sir Martin Moore-Bick to make his investigation wide-ranging, including an examination of local and national social housing policy and whether it increased risks to residents. Last Friday (August 4) saw the deadline pass for submissions on the scope of the inquiry. Justice4Grenfell included six suggestions for the terms of reference and said the inquirys fundamental purpose included restoring public confidence in the safety of social housing nationally and the competence, ability and willingness of public authorities to oversee, regulate and ensure it. It urged the inquiry to investigate not just RBKC but also Government departments including the Home Office, the Depar