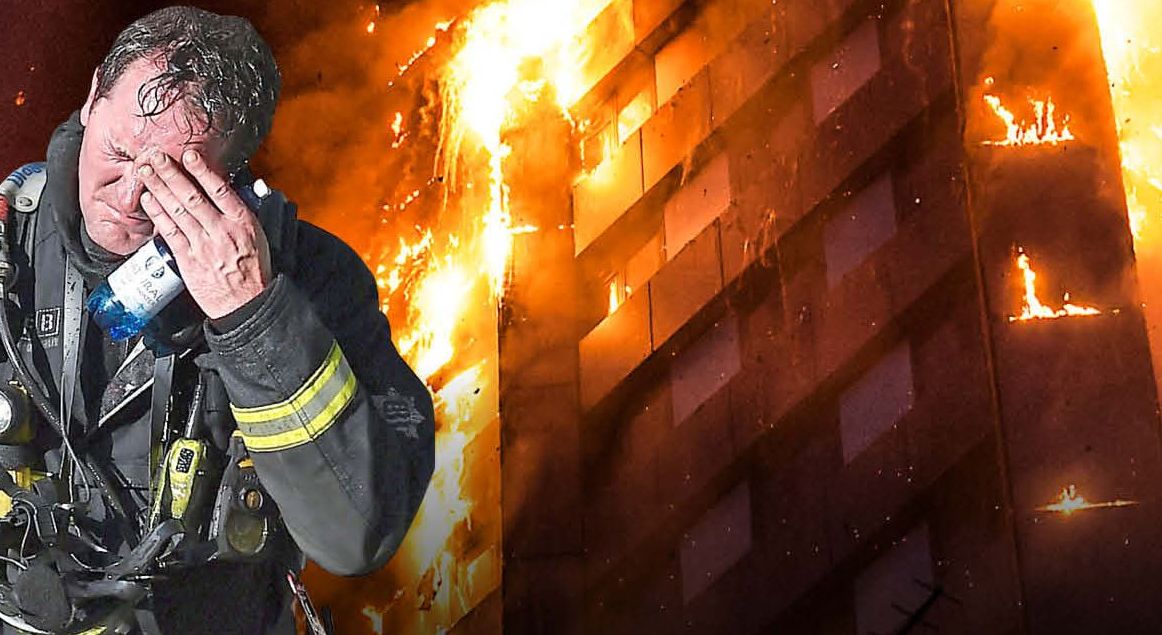 Police investigating London`s `towering inferno` that claimed at least 79 lives may bring manslaughter charges. The Grenfell Tower blaze started in a Hotpoint fridge freezer but spread rapidly due to outside cladding that has failed safety tests, the Metropolitan Police Service (MPS) confirmed on Friday (June 23). The force said last week`s fire, which destroyed 151 homes in the 24-storey north Kensington block, had not been started deliberately, but the Hotpoint appliance had not been subject to a product recall. Up to 600 residents were in the building when the fire started in the early hours of June 14. Fire crews rescued 65 adults and children from the 1970s-built block of flats, but some were trapped in their homes. Some 250 specialist investigators have been deployed to find out what happened. Detective Superintendent Fiona McCormack told an investigation briefing that the MPS is reviewing “every company involved in the building and refurbishment”, adding: “We are looking at every criminal offence from manslaughter onwards.” Witnesses at the scene of the blaze described hearing one resident claiming it was his appliance which was responsible. The number of people to have died, including those classed as missing presumed dead, remains at 79, but the MPS “fears” it could be more than that. A total of 78 people were treated in hospitals following the blaze, including some of the 250 firefighters. Det Supt McCormack also said the tests carried out as part of the investigation were “small scale”, but added: “All I can say at the moment is they (tiles and insulation) don`t pass any safety tests. “What we are being told at the moment by the Building Research Establishment is that the cladding and insulation failed all safety tests.” She added: “Our investigation is to establish how the fire started.” Six hundred emergency calls were made to 999 on the night of the fire and police have listened to every single one to establish what happened. Ms McCormack repeated calls for members of the public with information about people who may have been in the tower at the time of the fire to come forward. It follows calls, backed by London Mayor Sadiq Khan, for an amnesty on people who may have been living in the tower illegally. Ms McCormack said: “Every complete body has been removed from the building. “What we are dealing with now, as you can imagine in the intense heat, is a very distressing scene. “What we haven`t got is a picture of how many people might have been in there.” Describing how the investigation was proceeding, she added: “We have been in Grenfell Tower, from top to bottom, last week. “Next week we will be installing a lift to the outside of the building to assist. But our forensic search may not be complete until the end of the year.” Repeating concerns from MPS Commander Stuart Cundy about the scale of the task in identifying the victims, Ms McCormack added: “There is a terrible reality that we may not find or identify everyone who died due to the intense heat.” Last week when asked how many were still missing, Mr Cundy said it would be “wrong and incredibly distressing” to give a number. London Labour MP David Lammy has branded the tower block blaze an act of corporate manslaughter, adding: We built buildings in the 70s, those 70s buildings  many of them should be demolished  they havent got easy fire escapes, theyve got no sprinklers, its totally, totally unacceptable in Britain that this is allowed to happen and people lose their lives in this way. People should be held to account. So far tests have revealed that combustible cladding has been found on at least three tower blocks across the UK, the Government has said. But Downing Street said English councils estimated that 600 high-rise buildings used similar cladding to Grenfell Tower. Meanwhile, Birmingham City Council has announced plans to replace sprinkler systems in 213 of its own high-rise buildings at an estimated cost of £31 million.