Grenfell Tower: 336 under investigation spotlight over links to tower inferno

Organisations under investigation over the Grenfell Tower fire tragedy have risen fivefold in a major expansion of what is now the largest policing operation in terms of range and scale outside counter-terrorism demands. 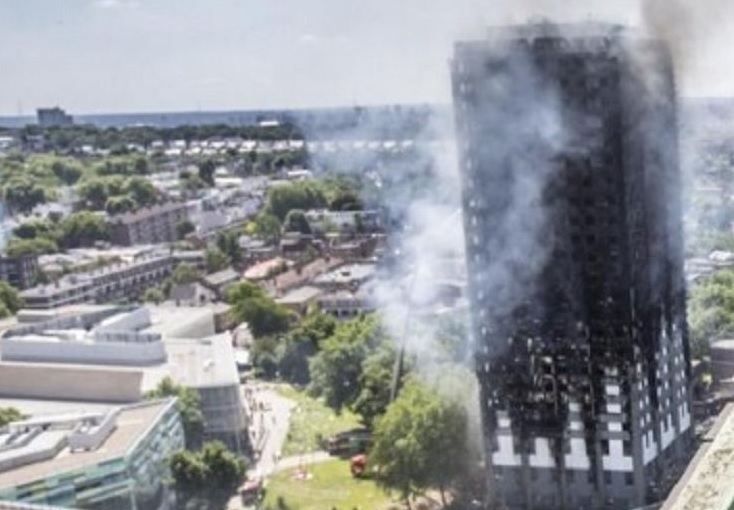 Organisations under investigation over the Grenfell Tower fire tragedy have risen fivefold in a major expansion of what is now the largest policing operation in terms of range and scale outside counter-terrorism demands. The number of companies and public sector bodies forming part of the inquiry has mushroomed from 60 to 336, the Metropolitan Police Service (MPS) announced today. Senior officers said that each of those 336 had been involved in either the construction, refurbishment or management of the 23-storey west London tower block. The MPS said it would consider everything from individual as well as corporate manslaughter charges to offences of fraud, misconduct, health and safety breaches and breaches of fire safety regulations  if evidence emerged of unlawful action. It is already investigating eight cases in which people may have fraudulently claimed money following the June 14 disaster, attempting to financially benefit from the tragic fire. Two have been charged, one is on bail and the other under investigation, said Detective Superintendent Fiona McCormack. She added: “They are people who are reporting to be in the tower block on the night of the fire and they have tried to claim or have claimed money as a result.” The force admitted the “frauds have had an impact” on the fact that it believes the death toll will fall. The current figure for the inferno stands at 61 but the MPS said it is possible that the previous predicted total of around 80 would be lowered in the final analysis. MPS Commander Stuart Cundy said it “may come down a little bit” due to the recoveries made from the tower, the number of identifications made and video evidence from the night. The forensic examination of the building, in North Kensington, will now continue into next year. Some 200 officers, drawn from across the MPS, are working full-time on the Grenfell investigation in a variety of roles including family liaison, search teams, statement takers and exhibits officers. At a briefing on Tuesday (September 19), the force said: The investigation is a priority for the Met  we are determined to find the answers that so many desperately seek. The distress and suffering caused to so many families and loved ones that night is harrowing. The investigation has a number of key strands including the construction, refurbishment and management of Grenfell Tower. The range and scale of the investigation is the largest outside counter-terrorism investigations and as a result will take a long time. More than 31 million documents have already been obtained with more than 2,500 exhibits seized, the force said, adding that fingertip searches of half the flats in the block had been conducted and that the number of search teams had been doubled after structural work to make the charred building safer to operate in. The investigation has identified 2,400 people witnesses, including 340 police officers and 670 firefighters. More than 1,000 of these statements have already been obtained. On the forensic examination, the MPS said officers were looking at every flat and every fire safety aspect of the building and that working with a range of experts and specialists, we expect it to continue into the new year. It added: After that, there will be a series of forensic tests including reconstructions to establish what happened, how the fire spread and why. “Only after that is complete will we be in a position to start to fully understand what happened, what went wrong and what questions need to be answered. Meanwhile, survivors and families of fire victims have been promised by the disaster inquiry chairman he will not “shrink” from making findings that could lead to criminal prosecutions or civil actions Retired Court of Appeal judge Sir Martin Moore-Bick said the hearing “can and will provide answers” to the tragedy  “unprecedented in modern times. It is hoped to produce a first-phase report by Easter 2018.