Grenfell death toll to remain around 80

Around 350 people were inside Grenfell Tower when the building caught fire, the Metropolitan Police Service (MPS) has confirmed. 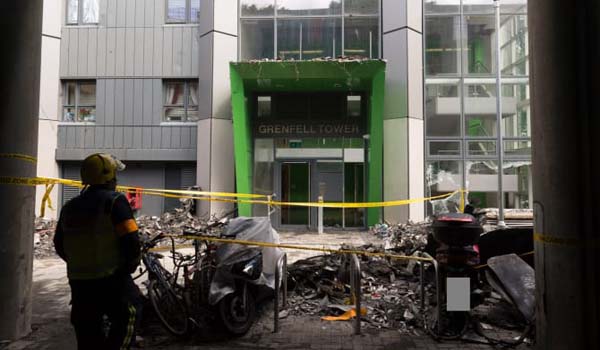 Around 350 people were inside Grenfell Tower when the building caught fire, the Metropolitan Police Service (MPS) has confirmed. After finishing the first phase of victim recovery, the force believes 255 people escaped the blaze and 14 were out at the time of the west London fire last month. Thirty-two victims have been formally identified but the final death toll is thought to be around 80. Revealing the figures on Monday (July 10), Detective Chief Inspector Andy Chalmers described the scale of the investigation as unprecedented. The operation is the largest ever conducted by the MPS apart from counter-terror inquiries. A total of 250 specialist recovery officers are involved in the investigation to identify victims and determine how the fire spread on June 14. The tower contained 129 apartments, most of which had one or two bedrooms. It was previously speculated that as many as 600 people could have been inside at the time. The MPS believes the heat of the fire  around 1,000 degrees centigrade  means some victims are unlikely to ever be identified. It added that manslaughter charges are still a possibility. Assistant Commissioner Martin Hewitt said: This fire should not have happened and as a result of that fire a large number of people have lost their lives.