Graeme Biggar confirmed as Director-General of the NCA 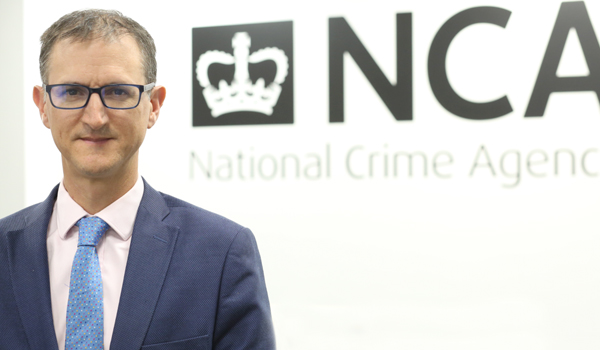 Mr Biggar has led the NCA on an interim basis since October 2021 and has now been appointed for a five-year term.

Ms Patel said: “Serious and organised crime gangs and violence bring misery to our streets. As well as exploiting children and the vulnerable, this criminality also costs more than £37 billion a year to our economy.

“Going after the criminals who profit from human misery, abuse our children and citizens and show no regard for our borders and laws is what I and Graeme continue to drive.

“From dismantling people smuggling networks through the biggest illegal migration law enforcement operation across Europe to bringing the monsters who sexually abuse children in the UK and abroad to justice, Graeme and his remarkable NCA team have an outstanding track record of delivery.”

During Mr Biggar’s interim leadership, the NCA has reported “record disruptions” against key threats, and targeted an increasing proportion of those criminals causing the most harm.

He said: “I am delighted to have been asked to lead the NCA. The agency’s mission – to protect the public from serious and organised crime – has never been more important.

“Serious and organised crime is chronic, corrosive and complex. The people and groups behind it have global reach, are technically sophisticated and digitally-enabled.

“In response, the agency must focus upstream, overseas and online – while continuing to work with our partners systematically to target criminals, bring them to justice and reduce the harm they cause.

“It has been a privilege to lead our officers over the past ten months. I will continue to support them in protecting the public while ensuring we operate with the highest integrity and standards.”

Mr Biggar takes charge of the NCA’s 6,000 officers based in the UK and overseas, and is responsible for setting the agency’s operational priorities and shaping the entire UK law enforcement response to serious and organised crime.

The Home Secretary added: “I have put the right resources and skills into the NCA, including increases to the agency’s budget and additional resources to tackle new and emerging threats.

“The UK’s NCA is world leading and in a formidable position to tackle some of the most complex global threats we face and to help make our streets and our country safer.”

He has also served as Director for National Security at the Home Office, as Chief of Staff to the Defence Secretary and has held senior positions in the Ministry of Defence and other government departments.

He helped to shape the response to the 2017 terrorist attacks, the Salisbury poisoning attack, and as Director of National Security in the Home Office, oversaw implementation of the Investigatory Powers Act.

Association of Police and Crime Commissioners lead for fraud, Mark Shelford, said: “I am delighted to hear the news that the new chief of the NCA will be prioritising fraud, especially as this type of crime continues to increase exponentially. Fraud is one of the fastest growing crime types and I have heard first-hand how it impacts those who fall victim to it. We must get a handle on this situation to stop more people becoming victims and recognising fraud as a priority is the first step in effectively investigating this type of crime.

“The UK must become a hostile place for fraudsters, which can only be achieved if agencies on a national, regional and local level work together collaboratively. We do not only need a joined-up approach to bring offenders to justice but a coordinated communications approach to ensure people know how to protect themselves from becoming victims of merciless scams in the first place.”