Attacks on computer networks and undersea internet cables are a greater threat to the UK than the Blitz during World War II, the National Security Adviser has claimed. 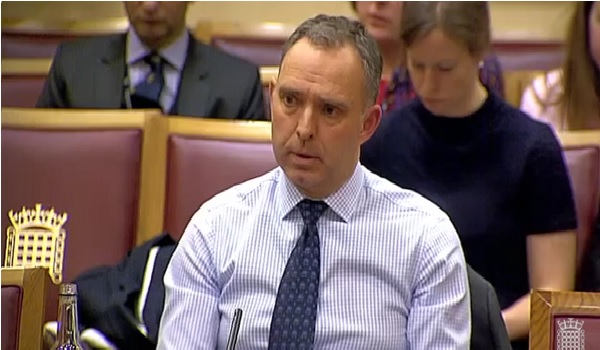 Attacks on computer networks and undersea internet cables are a greater threat to the UK than the Blitz during World War II, the National Security Adviser has claimed. Mark Sedwill said the cyber threat cuts right the way across any definition of national security and indeed any definition of public safety. He also warned the joint committee on National Security Strategy that the Russian threat has increased at a greater pace than anticipated since 2015. Attacks on critical national infrastructure and online fraud costs the economy an estimated £100 billion a year. Mr Sedwill illustrated the devastation that cyber attacks can cause when he told MPs of a small florist near his flat in Battersea, who had suffered two crimes in the space of a week. One was to smash up their stuff outside, the other of which was a cyber attack on their bank account, Mr Sedwill added. The second was the much more difficult one for the police to address. MPs responded by telling him the Government needs to wake up to the true scale of the cyber threat and not to underestimate Russia. Although the Russian attitude has worsened towards the West, Mr Sedwill said the Soviet state has a weakness in the number of allies it has. If you put together the British, French and German defence budgets it is about twice the Russian defence budget, he added. We can`t just compare to our own historic experience. Mr Sedwill is currently carrying out a National Security Capability Review, which will be released in January. This exercise is looking at how we can make best use of the resources available to us now against the threat picture, he said. A Home Office spokesperson said no decisions have been made on any parts of the national security capability review.