Online shoppers would have to collect their knives in person under government plans to stop rising violence among children. 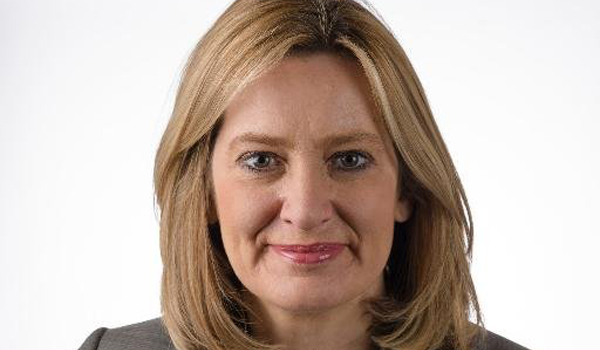 Online shoppers will have to collect their knives in person under government plans to stop rising violence among children. The Home Office intends to further restrict young peoples access to weapons by banning the delivery of knives to private property. It is already illegal to sell knives to under-18s but Home Secretary Amber Rudd claims current laws allow too many children to avoid age restrictions. The Government also hopes to make possession of banned weapons on private property a criminal offence  giving officers more powers to seize so-called zombie knives, knuckledusters and throwing stars. However, campaigners have claimed the proposed measures will not do enough to take dangerous weapons off the streets. Ms Rudd said: Knife crime has devastating consequences. I am determined to tackle this and do all I can to break the deadly cycle and protect our children, families and communities. The action I am setting out today will help keep people safe and give police the powers they need to crack down on offenders. Prevention is also key and we will be working to educate our young people and give them the strength they need to turn away from knives. More than 32,000 knife-related offences were recorded in 2016, up 14 per cent on the previous year. The Office for National Statistics claims part of this rise is due to better police recording but believes there has been a genuine increase. Courts also dealt with more than 19,000 knife possession cases last year, the highest figure since 2011. Zombie knives were banned last July following a campaign by West Midlands police and crime commissioner David Jamieson that also successfully removed the weapons from online retailer Amazons website. The proposed ban on possessing outlawed weapons on private property would not cover knives kept for cultural reasons, or as antiques. The Government also intends to gather views on whether laws prohibiting knife possession in public and on school premises should be extended to cover universities and other educational establishments. The consultation was welcomed by anti-gun and knife crime charity Word 4 Weapons, which said it was pleased action is finally being considered to restrict online weapon sales. However, founder Michael Smith MBE believes more must be done to detect knives being sent through the postal service. The charity once found two daggers in an amnesty bin along with a letter revealing a parent had tried to send them as a gift to their child. Mr Smith, a former police officer of 25 years, told Police Professional: How that got through the post without being x-rayed, I dont understand. Thats a policy that needs to be changed if you want to secure the shores of Britain. We are constantly being bombarded by weapons coming in through the post, the shipping ports and the airports  all sorts of entry points to the UK that are unchecked, and we wonder why there are so many dangerous weapons on the streets. It is totally going unchecked and it is time for it to absolutely stop. On Monday (July 17), the National Police Chiefs Council (NPCC) announced that 32 forces are participating in the latest phase of Operation Sceptre, the Metropolitan Police Service-led crackdown on knife crime. Until Sunday (July 23), officers across England and Wales will conduct more stop searches in known hotspots and increase test purchases to catch illegal retailers red-handed. The campaign also features a strong educational element with officers working alongside schools and community groups to teach children about the dangers of carrying weapons. Chief Constable Simon Bailey, the NPCC lead on Violence and Public Protection, said knife crime is on the rise again. Police are determined to bring it back down and prevent more unnecessary deaths of young people with their lives ahead of them and stop more families being torn apart, he added. There is no easy solution to knife crime, and enforcement alone is certainly not the answer. Through