Ministers are considering introducing mandatory licences for the purchase of powerful laser pens following warnings over the danger they pose to pilots and planes. 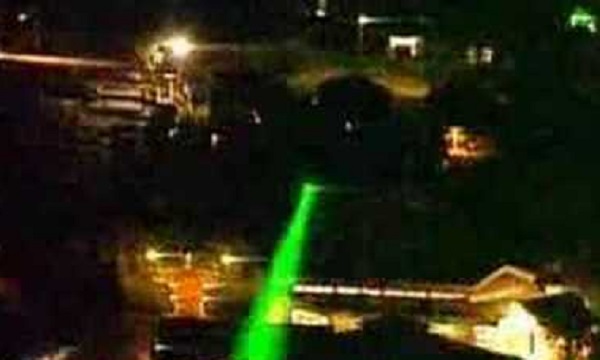 Ministers are considering introducing mandatory licences for the purchase of powerful laser pens following warnings over the danger they pose to pilots and planes. Licences for retailers and restrictions on advertising could also be brought in as the Government seeks to protect the public against irresponsible and malicious use. Some 466 laser incidents on trains were recorded between April 2011 and October 2016 by the British Transport Police, while the Civil Aviation Authority reported 1,258 laser attacks on aircraft in the UK last year. Shining lasers at aircraft can incur a fine of up to £2,500, however measures to make it easier for police to prove the offence were dropped from the Government`s legislative programme after the general election in June. Business Minister Margot James said: “Public safety is of the utmost importance and we must look carefully to make sure regulations are keeping up with the increased use of these devices. “Used irresponsibly or maliciously, these products can and do wreak havoc and harm others, with potentially catastrophic consequences. “That`s why we want to hear from business groups, retailers and consumers about the best way to protect the public from this kind of dangerous behaviour and improve safety.” It comes after two British tourists were threatened with fines for allegedly pointing laser beams at passenger planes arriving in Malaga, in the south of Spain.