The preparation and sharing of electronic case files in the criminal justice system has long been recognised as an opportunity for saving money as well as improving efficiency and speeding up case progression. The move from a frustrating manual system to an electronic one forms an important element of the Crown Prosecution Services (CPS) initiative for joined-up justice which encourages cooperative information sharing.

It is also central to the CPS Transforming Through Technology (T3) programme; which is moving the service from paper-based processes to a fully digital way of working. With a deadline of April 2012 for delivering a digital criminal justice system, the pressure is on for police forces to move towards this vision of paperless communication.

Greater Manchester Police (GMP) has been progressing towards a digital working environment since 2002. The ICIS custody management and case file build systems are designed to enable all the associated documentation for a case to be captured electronically. In 2008, after further development, the force started successfully sending pre-charge, post-charge and summons electronically to the CPS. The next phase on the path towards paperless communication, and one which will have a major impact on all parties, has been the development of a two-way interface with the CPS.

When this went live in November 2011, all CPS case file memos, action plans and charging decisions were returned directly into the police case file system. This afforded multiple benefits:

our officers can exchange information with the CPS about defendants, witnesses and victims more effectively;

as it automatically updates our files with CPS file memos and other documentation the need for further manual data entry has been eliminated;

Although we are yet to make an assessment on actual cost savings, we believe these will be considerable for everyone. Last year we processed over 70,000 prosecution files through ICIS so the reduced printing and copying of files alone will realise hundreds of thousands of pounds in savings. The first time the CPS arrived in court without the typical reams of paper was a physical demonstration of the efficiency savings well accrue.

Our project has succeeded because of the collaboration with the CPS and courts in our collective drive for criminal justice efficiency and we look forward to further initiatives that will enable processes to be streamlined further, reduce bureaucracy and, overall, make the system faster and more efficient for all concerned. 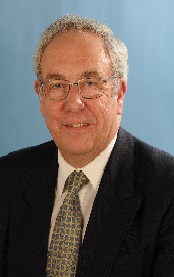