German police are celebrating a “blow to the cocaine market” after a seizure of the largest haul in the country`s history. 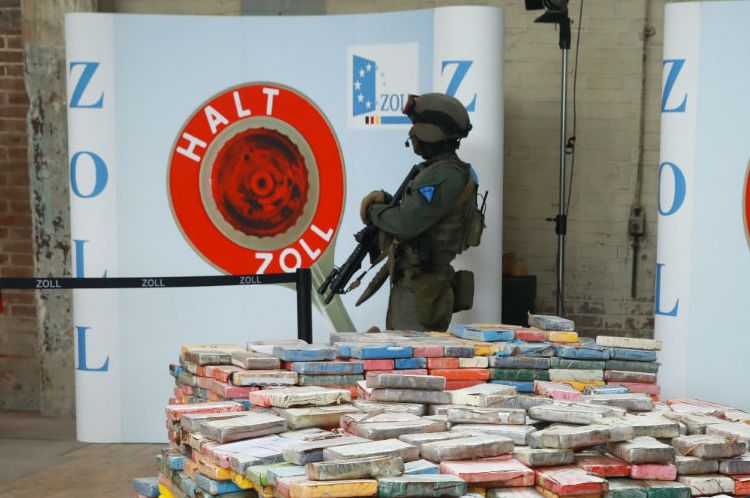 German police are celebrating a “blow to the cocaine market” after a seizure of the largest haul in the country`s history. The 3.8 tonne quantity  with a street value of £720 million  was displayed under armed guard at a military barracks in the northern port city of Hamburg. Two German Federal Coastal Guard officers carrying assault riffles stood over the drugs, which were stacked up in colourful plastic packaging. The record haul, seized at Hamburg harbour, was later burned at an undisclosed location on Thursday (July 20). The cocaine, which came from Paraguay and Uruguay, was supposed to be delivered to Belgium after its arrival in Germany. According to the authorities, it had a purity of between 85 and 90 per cent. We were able to deal a blow to the cocaine market with this seizure, said Werner Gatzer, Permanent Secretary in the German Federal Finance Ministry, the department that liaises with the Federal Customs Service and law enforcement agencies to monitor cross border traffic. He added: “It is the largest seizure we have ever had in Germany. No previous cocaine seizure has weighed more than a tonne. In April, police seized 384 kilograms of the narcotic in Leverkusen. The drugs had been hidden in banana boxes, which again arrived in the country through Hamburg harbour.