A gang that smuggled contraband into prisons using unmanned aerial vehicles has been sentenced to a total of 28 years in prison. 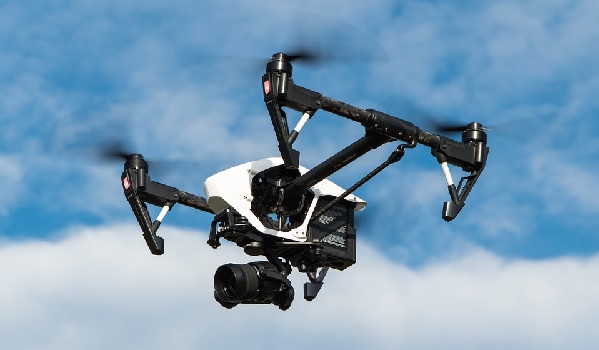 A gang that smuggled contraband into prisons using unmanned aerial vehicles has been sentenced to a total of 28 years in prison. Around £370,000 of drugs and phones were dropped to prisoners across the UK via drones by the organised crime group over a two-year period. A total of 49 drone flights and four throw-overs transported cocaine, cannabis, synthetic drugs, hacksaw blades, cutters, mobile phones and a Freeview box. Birmingham Crown Court heard the gang attached fishing lines and hooks to the drones in order to fly contraband straight to the cell that had ordered it. The deliveries took place at prisons in Worcester, Birmingham, Staffordshire, Cheshire, Yorkshire, Liverpool, and Perth in Scotland between July 15, 2015 and May 17 this year. Eight members of the gang were sentenced for their offences on Wednesday (December 13). Mervyn Foster, 38, who was the leading role as well as the drone pilot, was sentenced to six years and eight months in prison. His partner, 35-year-old Craig Hickinbottom, who organised the flights while he was behind bars, was handed a further seven years and two months. Prosecutor Michelle Heeley said £3,633.11 was deposited into Hickinbottoms girlfriend Lisa Hodgetts bank account. She added: “The sums can be linked to serving prisoners because in certain instances an amount would be paid, for example, £50.37  the .37 would match the cell number of the prisoner from whom payment had been obtained.” Hodgett was handed a 16-month sentence suspended for 18 months after admitting money laundering. John Hickinbottom, 50, and John Quinn, 36, assisted Foster with several deliveries, and were both sentenced to four years and eight months. Yvonne Hay, 42, Terry Leach, 19, and 46-year-old Francis Ward were hired by Foster to help with the packaging and transport of the contraband. Hay and Ward were jailed for two years and four months, while Leach was handed a two-year sentence suspended for 18 months. Sentencing, Judge Roderick Henderson said: “Prisons are a hard place to run, that not only contain dangerous people but people who are vulnerable in themselves. “There is a real risk of violence and loss of control and to do that is desperately serious. “There were regular deliveries of cannabis, mobile phone, tools and psychoactive substance. 19 of the 53 of the deliveries were intercepted, which included 3 kilograms of psychoactive substance. “This crime was not sophisticated in itself but however was on a large scale. Ashley Rollinson, 22, was sentenced to 11 months in prison after it was revealed he was only involved in the operation for one day. And Sanjay Patel, 38, was sent to prison for four months for the use of an electric communication device while in custody. A warrant has been issued for the arrest of 31-year-old Artaf Hussain, who failed to appear at court for sentencing.