Gang firearms supplier at top of the chain jailed

A man with an encyclopaedic knowledge of firearms who supplied guns and home-made bullets found at more than 100 crime scenes has been sent to prison for 30 years. 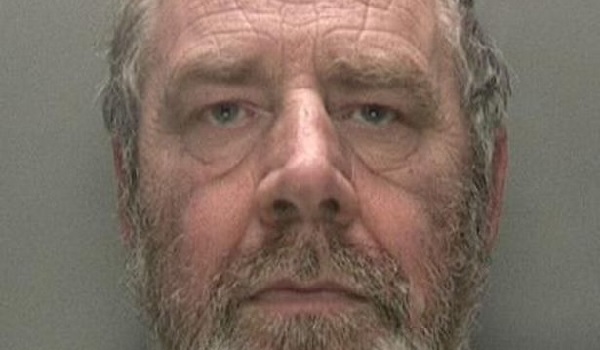 A man with an encyclopaedic knowledge of firearms who supplied guns and home-made bullets found at more than 100 crime scenes has been sent to prison for 30 years. Paul Edmunds, 66, was linked to the 2015 shooting of Derek Junior Myers and 18-year-old Kenichi Phillips in Birmingham last year. He also imported a pistol used in a fatal shooting at a nightclub in London and supplied bullets used in two other killings, as well as an attempt to shoot down a police helicopter. Edmunds supplied guns and ammunition to physiotherapist Mohinder Surdhar, who would pass them on to a notorious crime group called the Burger Bar gang. The licensed firearms owner was arrested at his home in 2015, where he had three armouries and made ammunition for antique weapons. Officers discovered 100,000 rounds of ammunition in his garage, bedroom and attic. When he was interviewed by West Midlands Police, he told officers of his disdain for the UKs laws on firearms. He said he didnt give a shit about potential victims, and insisted he was not responsible for the actions of somebody that buys some things. West Midlands Police said that of the 280 guns Edmunds imported between 2009 and 2015, 207 had still not been discovered. The force likened Surdhar and Edmunds to Jesse Pinkman and Walter White from US TV show Breaking Bad  appearing decent but making money through crime. Edmunds was found guilty of conspiracy to transfer prohibited weapons and ammunition, two counts of perverting the course of justice, transferring prohibited weapons, possession of prohibited weapons and importing firearms from the US. Surdhar admitted conspiracy to transfer prohibited weapons and ammunition. Sentencing, Judge Richard Bond told Edmunds: You ran roughshod over your legal responsibilities as a registered firearms dealer. You were at the top of the chain of supply of handguns and ammunition to criminal gangs. Without your actions the numerous handguns and hand-loaded ammunition would not have found their way on to the streets of the United Kingdom. Quite simply, you were the linchpin to this conspiracy and without you it could not have been carried out. Edmunds and Surdhars offending came to light when experts at the National Ballistics Intelligence Service noticed West Midlands Police was recovering an increasing number of antique handguns with specially adapted ammunition since 2009. Members of the Burger Bar gang were linked to some of the weapons and 16 convictions were made, but the names of Surdhar and Edmunds also surfaced and led to their arrest. Judge Bond said he had been aghast to hear how packages were not always checked by UK border officials. This lax attitude … means that those who can lawfully bring weapons into this country can do so without them being properly checked, he added. Are the public aware that there is legislation to prevent the sale of scrap metal for cash, whilst an antique firearm can be bought and sold for cash, and the seller is not obliged to keep any record? There are real concerns that the use of handguns is becoming more prevalent. The evidence I have heard demonstrates that firearms dealers are able, if they so choose, to circumvent the firearms legislation. I ask myself, how is it possible to reduce the number of firearms falling into the hands of criminal gangs? I hope that certain MPs would be willing to discuss with the police ideas as to how to achieve this goal. A Home Office spokesperson added: The UK has some of the toughest gun laws in the world. We are determined to keep it that way, which is why we are strengthening firearms controls further, including those relating to antique firearms, to stop them falling into the hands of criminals. Furthermore, we have updated our training and guidelines for frontline border force officers on the checks required for declaring antique firearms. We work with other law enforcement agencies, using intelligence and advanced technology, to detect and stop dangerous weapons at the