In a complex employment tribunal case, Norfolk Constabulary has been found liable for disability discrimination, despite the officer who brought the claim not actually being disabled. Paul McFarlane says the case has important implications for the way forces handle the recruitment of officers with medical impairments. 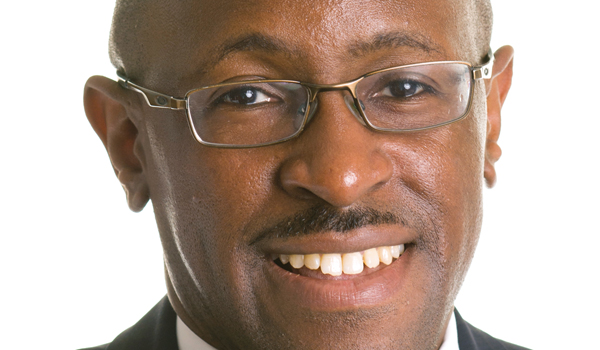 In a complex employment tribunal case, Norfolk Constabulary has been found liable for disability discrimination, despite the officer who brought the claim not actually being disabled. Paul McFarlane says the case has important implications for the way forces handle the recruitment of officers with medical impairments. At the end of December, the Employment Appeals Tribunal (EAT) upheld a discrimination ruling against Norfolk Constabulary in a case involving the rejection of an officers transfer request. Despite the officer not being classed as disabled, the tribunal found that the force had perceived her to have a disability and was therefore technically in breach of the Equality Act 2010. Under the Act, a person is considered to be disabled if they have a physical or mental impairment that has a substantial and long-term adverse effect on their ability to carry out normal day-to-day activities. Further, where an individual is suffering from a progressive condition they will be considered disabled if they have an impairment that is likely to have a substantial adverse effect in the future, even if its current effect is not substantial. In the case in question (Chief Constable of Norfolk v Coffey) the police officers request to transfer to Norfolk Constabulary was rejected because her hearing was marginally below the medical standard for police recruitment. The background In 2011, the claimant had applied to the Wiltshire Constabulary to become a police constable. At a medical examination it was discovered that she had mild hearing loss with tinnitus, which caused her hearing to fall marginally below the medical standard. Nevertheless, the Wiltshire Constabulary arranged a practical functionality test, which the claimant passed, allowing her to work on frontline duties. In 2013, the claimant applied to transfer to Norfolk Constabulary. At a pre-employment health assessment, it was noted that her hearing was just below the medical standard, but that she had undertaken an operational policing role at another force without any issues. The medical adviser recommended she undergo an at work test, but this was not carried out. Her request to transfer was declined on the basis that her appointment would risk increasing the pool of officers on restricted duties. The judgment Norfolk Constabularys position was that it had not perceived the claimant to be disabled, as they did not consider her hearing to have a substantial adverse effect on her. It also argued that it was not sufficient that it might have considered that the claimant might become disabled at some date in the future. In its judgment, the EAT said the evidence demonstrated that Norfolk Constabulary had considered that the claimants condition would progress to the extent that she would need to be placed on restricted duties. Therefore, it must have perceived that the claimant had a disability in the form of a progressive condition. In other words, despite not setting out to discriminate and believing it had acted in line with equality legislation, the way the force perceived the claimants condition meant that it met the criteria to be considered a disability under the Equality Act. What forces should do as a result This case is the first to directly address perceived disability under the Equality Act and confirms that such claims are permissible and can be brought as direct discrimination claims. It shows that even if an employer has good grounds to believe it is acting lawfully, it could be in breach of disability discrimination legislation on a technicality, even if the employee is not actually disabled. As such, it serves as an important reminder to forces that they must be careful when they are dealing with employees with impairments. In future, police forces would be well advised to ensure that they make sure that they fully consult with prospective candidates or transferring officers when recruiting. Conducting at work assessments and seeking advice on whethe