Talks between chief officers and the Government have begun on the future of police funding after the unprecedented terror threat has left resources stretched. 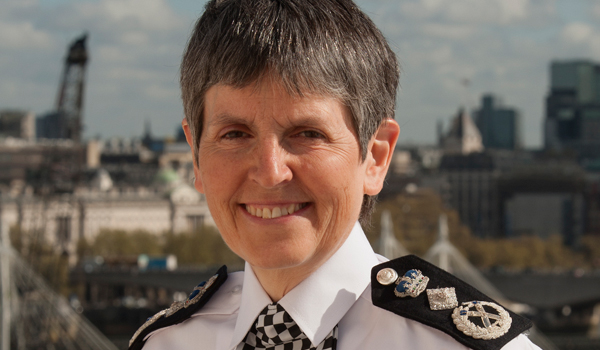 Talks between chief officers and the Government have begun on the future of police funding after the unprecedented terror threat has left resources stretched. Officers and staff from across policing have been diverted to counter-terror operations in the wake of the recent attacks in London and Manchester. Metropolitan Police Service Commissioner (MPS) Cressida Dick confirmed resources have been taken from proactive inquiries and some investigations were forced to pause. The National Police Chiefs Council (NPCC) has drawn up plans to address the heightened threat  and has started discussions with the Government about how funding could be protected to shore up national security. The talks follow concerns raised by Assistant Commissioner Mark Rowley and other chief officers about the level of resources being taken out of policing. An NPCC spokesperson said: We are facing an unprecedented terror threat and it is no surprise that our resources are currently tested against what is now four terrorist attacks and five thwarted plots in very short succession. Police chiefs, within the counter terrorism network and beyond, have been clear that, while everything is being done to keep people safe, we are facing an extremely challenging period. As you would expect, we are having discussions with the Government about police funding in the long term. We are also looking at our resilience over the coming months and have agreed plans across policing to confront the heightened threat and protect our communities. Central government funding to policing has fallen by 25 per cent in the last five years and will only remain level if police and crime commissioners (PCCs) consistently raise their share of the council tax precept by two per cent. However, forces are now saying increases in inflation and higher salaries will mean grants will lead to budget shortfalls. Counter-terror budgets have been ring-fenced  but concerns have been raised about the share of resources being allocated to this part of policing. It is also understood the upcoming review of the Police Allocation Formula is set to be abandoned as it would likely disadvantage major cities facing the greatest threat from terror. More than 700 officers and staff have been deployed to counter-terror investigations under emergency plans in the aftermath of recent attacks in London and Manchester. On Wednesday (June 21), Ms Dick told the London Assembly that this has had an impact on other inquiries. We have supplemented the national counter-terrorism network from some of our crime resources nationally and within London and we need to do that, she said. Her warning came after Mr Rowley wrote to Home Secretary Amber Rudd expressing concerns that a shortage of available detectives meant counter-terror policing could not operate at full strength. Mr Rowley said that prioritising counter-terror would simply push risk elsewhere  potentially with significant impact on inquiries into areas like child sex abuse. He is one of many chief officers  including Ms Dick  who have raised concerns about police resources in recent weeks. The MPS has confirmed she is talking with the Home Office about reconsidering funding plans. The MPS has already made £600 million in savings and will lose another £400 million by 2020 if the current situation continues. Chief Constable Andy Cooke, from Merseyside Police, said he has never known his own force as stretched as it is now after losing 1,000 officers since 2010. Mr Cooke added that the force is struggling with a rise in gun crime, which is taxing staff even further. Steve Finnigan, who retires as chief constable of Lancashire Constabulary on June 28, recently told Police Professional that austerity measures have made the public less safe than they were seven years ago. The chief constables of Devon and Cornwall Police and Greater Manchester Police (GMP) have also called on the Government to increase available resources. On Wednesday, three northwest PCC