Police Service of Northern Ireland (PSNI) Chief Constable Simon Byrne has expressed concern about a £23 million funding gap and “real financial pressures” on the force, which could result in 300 fewer police officers.

He told the Northern Ireland Policing Board (NIPB): “To give you some scale of that, that’s ten police support units, TSG type of things that we use in protests, parades and disorder, or ten major incident teams that could be dealing with serious organised crime, terrorism and murders. These are real life choices that we’re facing at the moment.”

He said there is concern that as Northern Ireland emerges from lockdown in April, police will see increased demand with a “gradually declining” workforce.

Mr Byrne noted there are 20,000 extra officers being put into policing in England and Wales. “We face very similar challenges here but our estimate is that if the budgetary situation doesn’t change, we’ll have 300 less officers to police the streets, to investigate crime, to keep our roads safe,” he said.

“I have been in active dialogue, as have members of the senior team with the Minister of Justice, head of finance and also with the Northern Ireland Office to express our concern.

“We’re committing to keeping neighbourhood policing as you see it now but if the situation doesn’t change then inevitably we’re concerned about the potential for crime to return to normal levels and effectively we’ll have less people in the moment to deal with it, so that will mean a degradation in service.”

Pressed over what could be cut, Mr Byrne referred to looking at the number of vehicles and contracts to try to save money.

“We estimate there would maybe be potential of £7 million of saving in that space but it all comes at a consequence,” he said. “We will reduce the number of police officers we plan to recruit this year to offset natural wastage and equally reduce the number of police staff. Inevitable if we’re going to preserve neighbourhood policing, it will probably mean less detectives, less police on our roads and less police available to respond to public order and protests because, inevitably, that reduction in numbers has to fall somewhere.”

DUP MLA Mervyn Storey said the draft PSNI budget for 2021 is “unsustainable” and could “seriously endanger efforts to tackle crime and prevent harm”.

“The current position is unworkable and unsustainable, especially at a time when officers are grappling with serious Covid pressures and extra resources have been deployed to deal with the discontent created by the NI Protocol,” he said.

“I have requested that the NIPB write formally to the Justice Minister to reiterate its opposition to the budget as it stands. There is an urgent need to grasp and resolve the practical concerns raised.

“It is simply not a credible excuse to blame the wider financial climate. Over the last ten years, the Department of Justice has been at the forefront of a 20 per cent reduction in the PSNI budget. The minister must demonstrate a desire to stand up for policing and put the wellbeing of our communities first.”

Meanwhile, the chief constable said January had seen a peak in terms of demand for police, as officers dealt with 3,639 Covid-related incidents. He said 1,080 fixed-penalty notices of £200 were issued, with the majority related gatherings in private dwellings.

Mr Byrne also expressed concern at a 14 per cent rise in assaults on officers since the introduction of lockdown, and a rise of nearly a quarter in grievous bodily harm with intent – which he described as spitting on police officers.

He added: “This is not an acceptable way of treating loyal public servants. Neither police officers or police staff come to work every day expecting to be assaulted and nor should they be.

“It has an effect on them in terms of injury, trauma and indeed their family lives. We would welcome support in terms of sentencing to make sure that the crime is seen to not pay in this regard.” 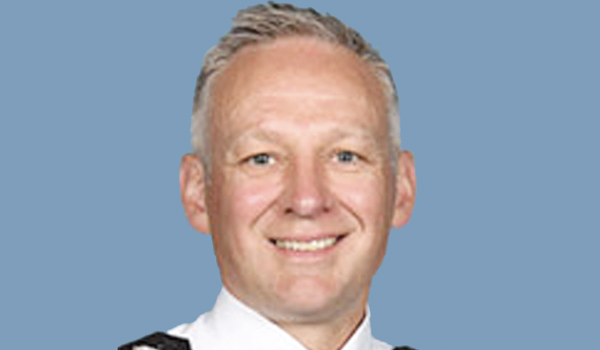