Police officer numbers in England and Wales have fallen to their lowest point in more than three decades, Home Office figures reveal. 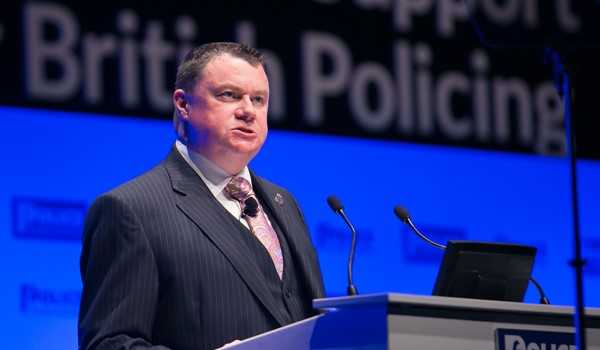 Police officer numbers in England and Wales have fallen to their lowest point in more than three decades, Home Office figures reveal. Published on Thursday (July 20), the biannual Police Workforce report shows the total number of police officers in the service has decreased from 124,066 last year, to 123,142 in 2017  the lowest total since 1985. The number of officers in frontline roles has also fallen from 106,411 to 105,571 on the previous year, continuing the trend since 2012. Local policing, including neighbourhood policing, has seen a decrease of 985 officers, equivalent to 1.7 per cent compared to the previous year. Police Federation of England and Wales chair, Steve White, said: What more of a wake-up call does the Government need? Officer numbers are dropping consistently every year yet our members are having to deal with not only more crimes, but the most unimaginable atrocities such as those in Westminster, Manchester and London Bridge. Particularly worrying is the drop in frontline and neighbourhood officers when we all know that community policing is fundamental in tackling both traditional crimes like burglary (up by three per cent) and the terror threat. In the year ending March 31, 2017, there were decreases in the number of all police roles compared with the previous year, except for designated officers, which is up by three per cent. Police and community support officers have decreased by 7.5 per cent, from 11,043 to 10,213, and the number of police staff has fallen from 61,668 to 61,023 in a year. Special constables reduced by the largest proportion, down from 15,996 in 2016, to 13,503 this year  a decrease of 15.6 per cent, as figured revealed almost a third left their posts in last 12 months. Twenty-five police forces saw decreases in their police officer numbers, with Nottinghamshire Police losing seven per cent (136). However, 18 forces saw increased numbers of officers, with West Yorkshire Police having the biggest rise, bolstering its officer numbers by 219, equal to five per cent. The report comes on the same day as crime statistics released by the Office for National Statistics (ONS) show a large rise in recorded public order offences, firearms and knife offences, and crimes of violence. UNISON national officer for police staff Ben Priestley said: This worrying rise isnt surprising given years of police force cuts. Solving and preventing crime has become harder with fewer staff. More people will be at risk of violent crime unless the government stops axing jobs. Shadow Policing Minister Louise Haigh said the Conservatives should be ashamed of the fall in police officer numbers. On Twitter, she wrote: Police officer numbers fall despite a surge in violent crime. The Tories have left our communities exposed. ONS crime figures show a ten per cent increase in police recorded crime but the Crime Survey of England and Wales, a more reliable measure of trends, showed a seven per cent fall. The workforce report also included the number of joiners and leavers and, for the first time, promotions. The number of officers joining the 43 police forces in England and Wales increased by 58 per cent from 4,755 in 2015/16 to 7,526 in 2016/17. However, a total of 8,569 left, an increase on last years figure of 7,725, and a net loss of 1,043 officers. Promotion figures reveal that 3,255 police officers rose in rank in 2016/17, the largest number since 2010 and 79 per cent higher than the 1,815 in 2015/16. Of those promoted, 876 were female, accounting for 27 per cent of the total, and five per cent were from BME backgrounds (157). Diversity in the police service is still increasing however, as the number of black and minority ethnic (BME) police officers has increased by 354 compared to March 2016. BME officers now make up 6.3 per cent of the service, an increase from 5.9 per cent last year, and 4.1 per cent in 2008. And females now make up 29.1 per cent of police officers, while also accounting for 61 per cent of